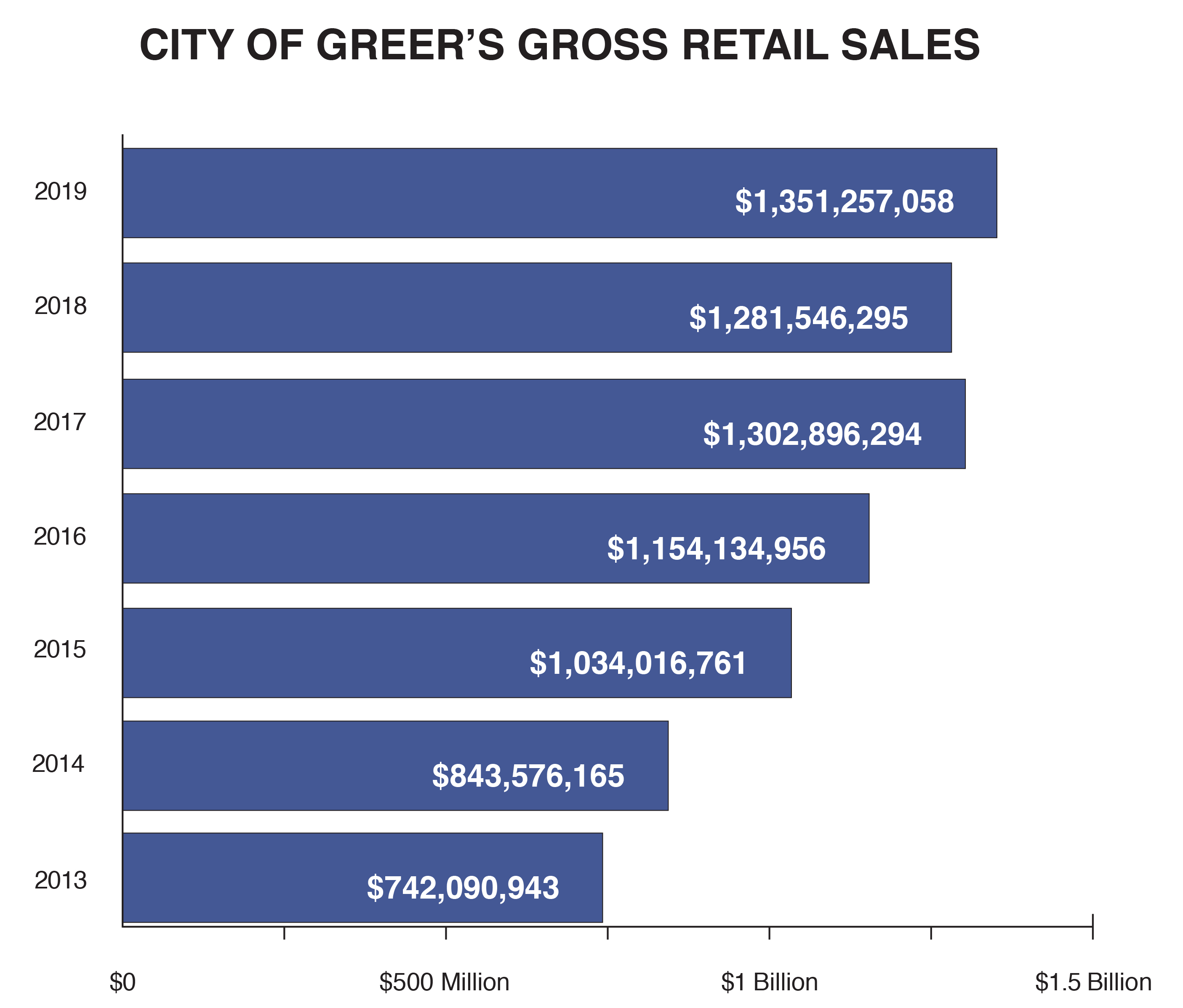 “The City of Greer remains one of the fastest growing cities in the Upstate and those residents have discovered the great services, products and prices available to them locally,” said Ed Driggers, City Administrator of the City of Greer. “With abundant free parking, a pedestrian friendly downtown and easily accessible shops along the Highway 29 corridor, the City of Greer has also become a destination for shoppers and diners from across the region. Combine those benefits with the excitement surrounding the CenterG streetscape project downtown and we are optimistic that gross retail sales in the City of Greer will continue to trend upward well into the future.”

“Business growth in and around the City of Greer has changed the commerce and consumer spending in a positive manner. More people are living, working and shopping in Greer than ever before,” said David Merhib, President & CEO of the Greater Greer Chamber of Commerce. “The economic indicators are evident in the transformation process in downtown Greer where many of the businesses are experiencing increased sales even during a major renovation project. As the growth continues north of Wade Hampton Blvd and in the Riverside School district, with residential and commercial development, Greer will hopefully continue to see increases in gross retail sales well into the future. This only adds to the quality of life to our great City.”

The City of Greer’s many successes in attracting a variety of large and small industrial projects have created thousands of new jobs, are pushing per capita incomes higher, and have led to record increases in the production of quality, new single family homes in the City of Greer.

“High traffic counts and Greer’s proximity to BMW, Greenville-Spartanburg International Airport, and the Inland Port provides a recipe for quality retail growth in Greer,” said Reno Deaton, Executive Director of the Greer Development Corporation. “But the true credit belongs to hard working retailers and restaurant owners in Greer who have defined the Greer retail market with world class customer service and a very attractive product mix.”