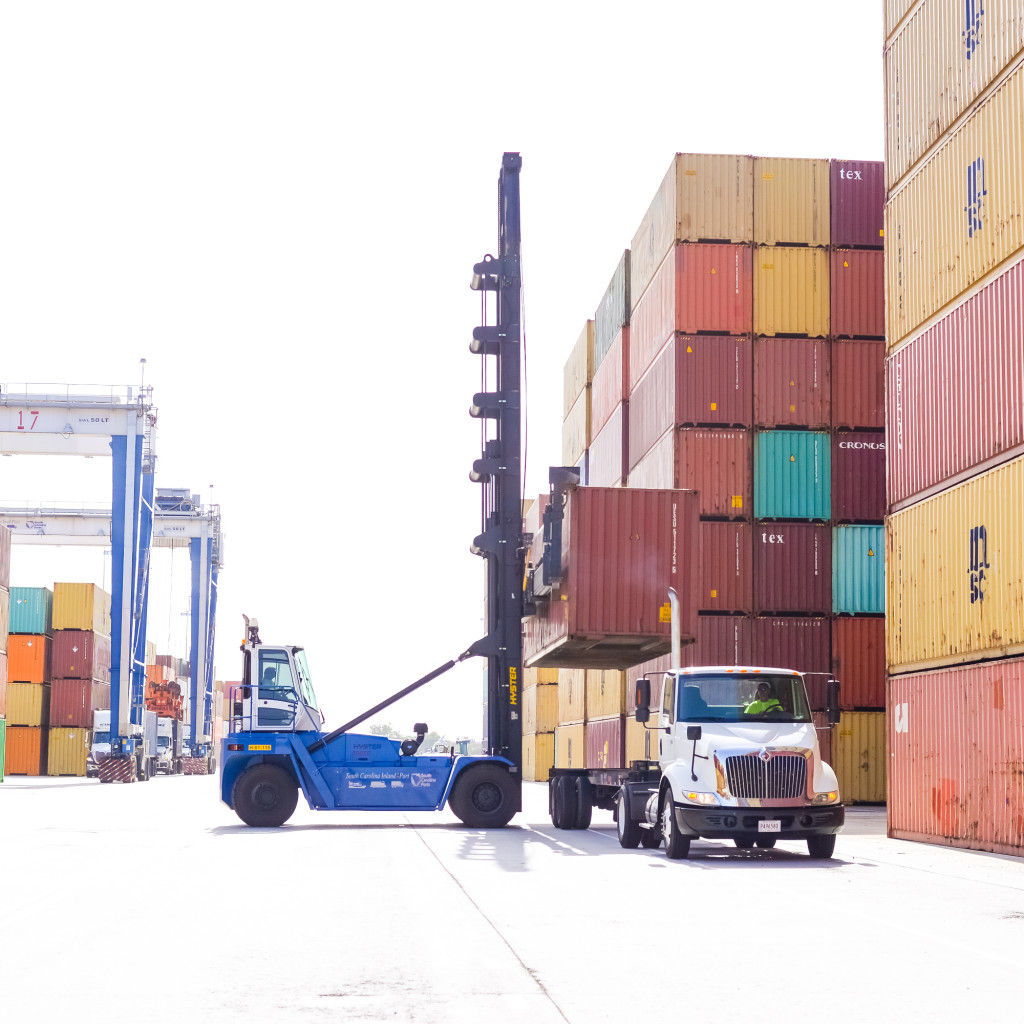 4 years ago
Reno Deaton
By The Numbers, Inland Port, Logistics

SCPA handled 196,439 twenty-foot equivalent container units (TEU) in April. The Port has moved 1.8 million TEUs across the docks of its Wando Welch and North Charleston container terminals since the fiscal year began in July, an increase of nearly 2 percent over the same period last year.

“Our strong April volumes were driven in part by significant growth of loaded export containers, which reflects the fact that shippers are utilizing Charleston’s deepwater harbor as a last port of call for heavy export cargo,” said Jim Newsome, SCPA president and CEO. “Container volume during the spring months puts SCPA in a good position to achieve strong fiscal year results that will exceed FY17 volumes.”

“The strong ratings issued by both Moody’s and S&P reflect SCPA’s strong position in the market and our capability of delivering on the necessary projects to remain a top ten container port,” Newsome said. “Our port offers modern facilities, deep water and reliable service, which support continued growth in today’s shipping environment. These ratings reaffirm the financial industry’s confidence in our long-term strategic plan.”

Moody’s issued an A1 rating with a stable outlook to the Port’s upcoming Series 2018 bonds and Series 2015 bonds, citing SCPA’s cargo volume growth, competitive infrastructure and operating model, and strong historical financial metrics as drivers of the credit positive profile.

Standard & Poors assigned an A+ rating with a stable outlook on both bond series as well. The agency stated that their rating “reflects the port’s strong market position, which is bolstered by the Port of Charleston’s competitive position and its importance to the regional economy as an import/export hub for manufacturers and other businesses in South Carolina and neighboring states.”

The ratings include analysis of financial performance, volume growth, customer diversity, performance relative to competitors and future capital projects. The SCPA is solely responsible for the revenue bonds it issues, with no obligation of the state or taxpayers.

View the Moody’s and S&P reports on the SCPA website.