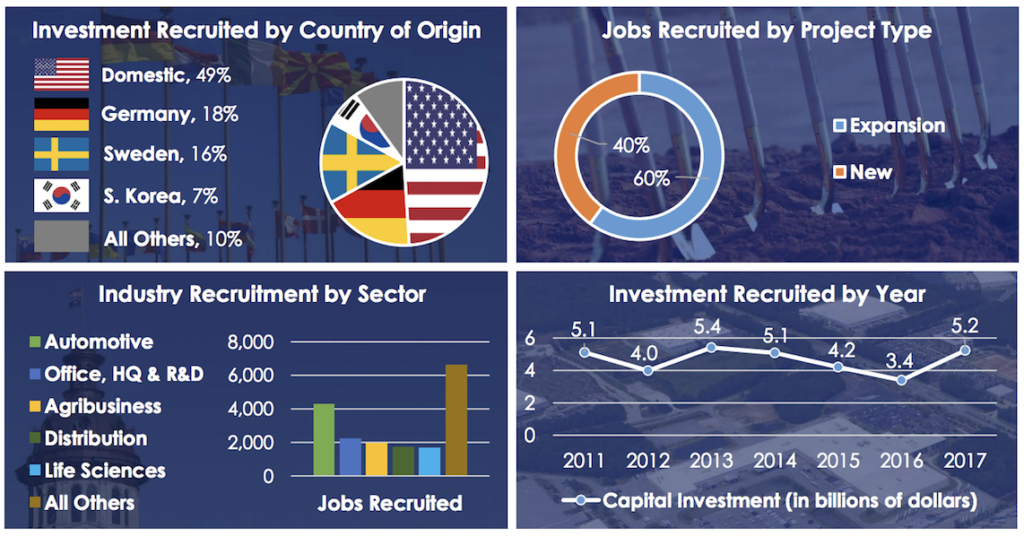 South Carolina posted another solid business recruitment year in 2017, with capital investment recruited to the state topping $5 billion for the fourth time in seven years.

From January to December 2017, the state won 157 economic development projects, accounting for $5.24 billion in capital investment and 18,445 new jobs.

“Our state’s future prosperity is dependent on providing opportunities for every South Carolinian, and we have shown that the best way to do that is to create a competitive business environment and a strong workforce that attracts companies and jobs,” said Gov. Henry McMaster. “2017 was a fantastic year, but with a commitment to further developing our workforce, I know that South Carolina’s best days are ahead.”

By recruiting companies representing a variety of industry sectors, locations and project types, South Carolina continued to diversify its economy in 2017: 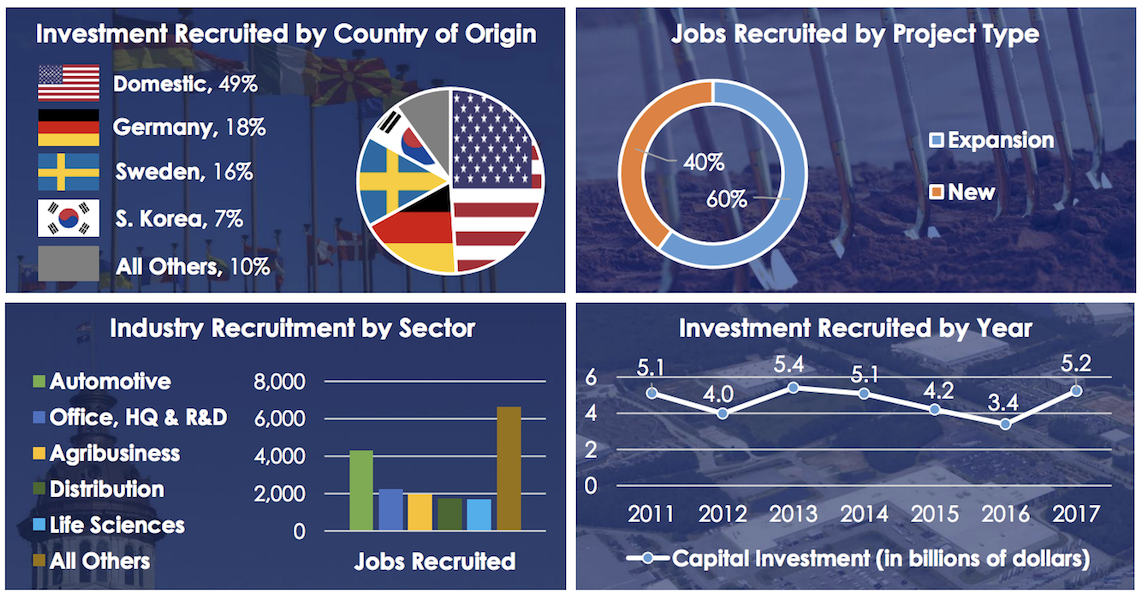 “South Carolina has become an industrial powerhouse,” said Secretary of Commerce Bobby Hitt. “To recruit more than $5 billion in capital investment – a feat which had never occurred prior to 2011 – takes a remarkable amount of collaboration and teamwork from many partners across this state.”

Although manufacturing is heavily-represented, South Carolina’s list of top announcements from last year reflects a diverse economy. From energy to logistics, manufacturing to office and shared services, 2017 proved that the Palmetto State remains ‘Just right’ for companies of all types.