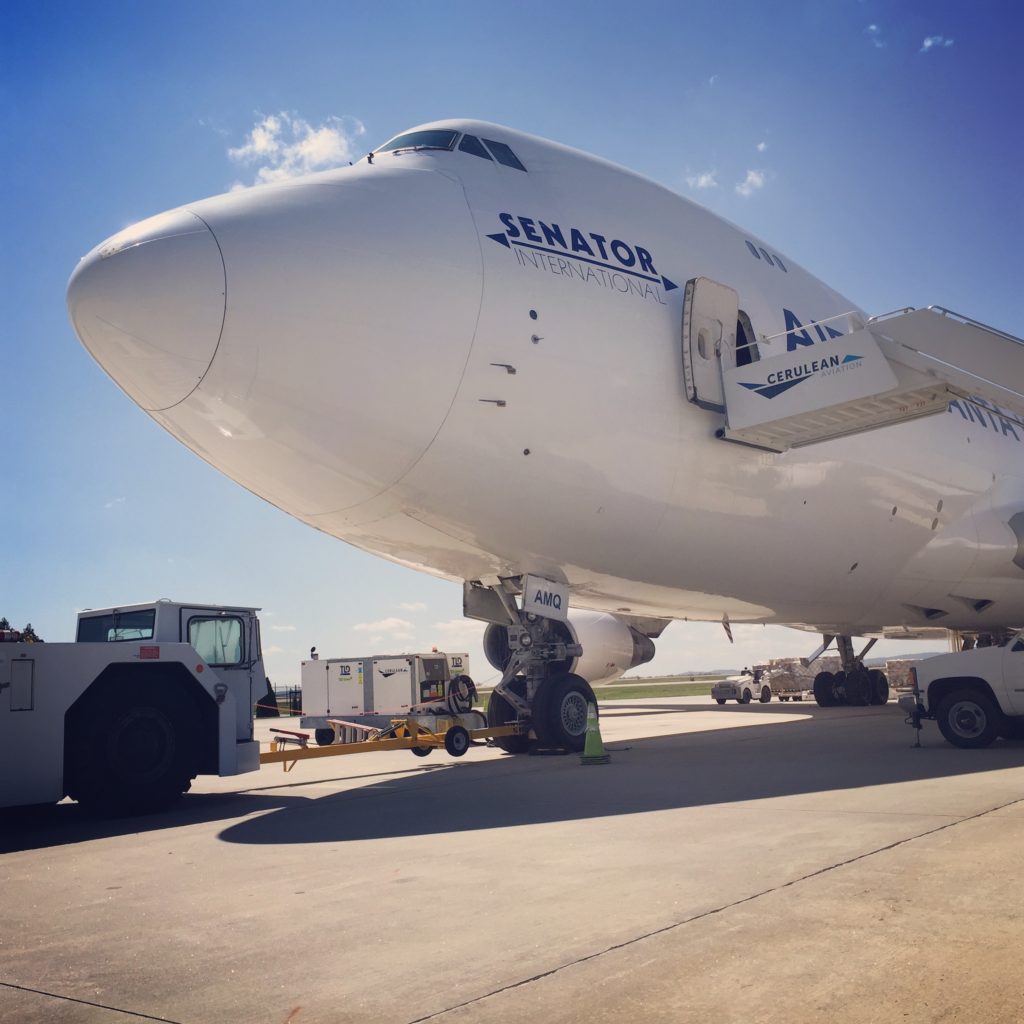 “We are excited to support Senator International in their expansion of services,” said Kevin Howell, GSP senior vice president and chief operating officer. “These new flights to QRO are another opportunity for manufacturers to move materials, parts and products quickly and more efficiently. More and more companies are discovering GSP is a great alternative to the slower turnaround time at the crowded traditional air cargo gateways.”

QRO service will depart from GSP on Sundays and return to GSP on Mondays on Boeing 747-400 aircraft.

“Senator International is committed to meeting the highest standards of dependability and superior customer service,” said Tim-Oliver Kirschbaum, CEO for Senator International. “GSP and Cerulean Commercial Aviation are helping us meet the demands of our clients by providing safe and efficient cargo handling services.”

“The airport district started Cerulean Aviation because we saw a need for the services that we are providing and we were confident that we could support companies like Senator International,” said Dave Edwards, GSP’s president and CEO. “This is an exciting announcement that reinforces our commitment to expanding GSP’s cargo services.”

In 2016, Senator started twice-weekly service with its “Senator Atlantic Bridge” between GSP, Munich (MUN) and Frankfurt-Hahn (HHN). Due to increased customer demand, Senator has steadily added flights from GSP to HHN during the past 18 months. During the month of June, Senator will operate eight roundtrip flights from GSP per week.

GSP’s cargo traffic numbers have consistently increased over the past 18 months. The airport’s cargo numbers were up nearly 42 percent in March. More than 11.3 million pounds of cargo came through GSP that month compared to more than 7.9 million pounds in March 2017.

GSP is preparing for future cargo growth by constructing a new $15 million air cargo apron. This new aircraft apron will be able to accommodate simultaneous Boeing 747-800 freighter operations. The airport district will also break ground on a new 100,000-square-foot air cargo facility later this summer. The new cargo apron and air cargo facility are scheduled to be in operation by the spring of 2019.