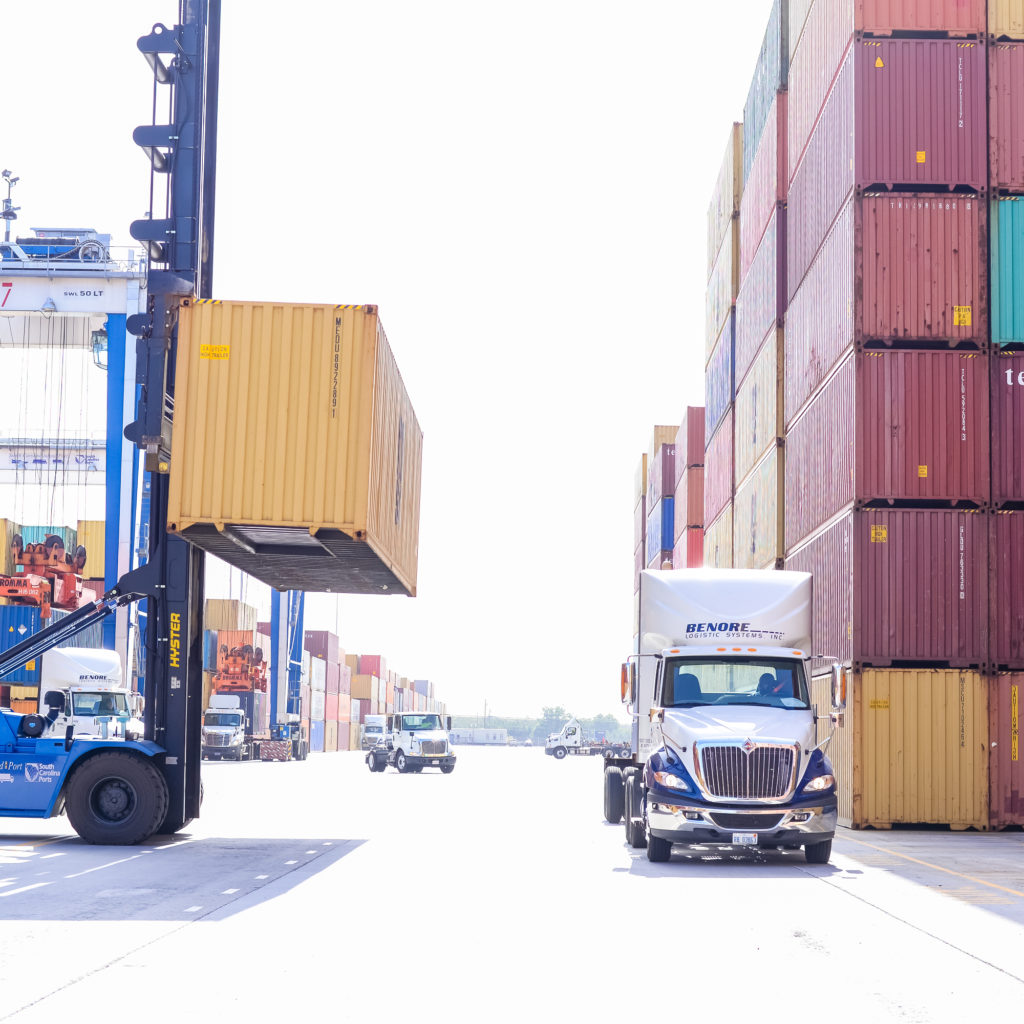 In its first full year of business, Inland Port Dillon handled around 30,000 rail moves in fiscal 2019.

SCPA’s RapidRail program, which provides a seamless connection between rail yards and marine terminals, saw a record year with more than 330,000 rail moves in fiscal 2019. The port now handles 24% of containerized volumes by intermodal container rail — the highest annual percentage in Port history.

“I am immensely proud of SCPA’s historic achievements during fiscal year 2019. Our container business handled a record amount of cargo, our inland ports in Greer and Dillon both had strong growth year-over-year and our rail program moved more cargo than ever before,” S.C. Ports Authority CEO Jim Newsome said. “As we head into fiscal 2020, we will continue investing in our infrastructure to handle growth, as well as supporting our employees and the entire maritime community who make these significant achievements possible.”

“By setting another record for annual cargo volumes, the South Carolina Ports Authority has further established itself as one of our state’s premier economic drivers. This unprecedented success and growth will continue as we work to complete the Charleston Harbor Deepening Project, which will increase capacity and ensure that Charleston has the deepest harbor on the East Coast by 2021.” — Gov. Henry McMaster

“South Carolina Ports Authority’s record annual volumes secure the Port of Charleston as a top 10 U.S. container port, an important distinction as many S.C. industries rely on the Port to move their products to global markets. We continue to support investments in Port infrastructure, particularly securing funding for the Charleston Harbor Deepening Project, which is a strategic priority for South Carolina.” — Sen. Larry Grooms, chairman of the S.C. Senate Transportation Committee and the Review and Oversight Commission on the State Ports Authority

“The Port of Charleston relies on the talent, collaboration and dedication of SCPA employees and the broader maritime community to continually handle record cargo volumes year-over-year. We look ahead to many exciting initiatives in the coming year, including increasing capacity with further construction of the Hugh K. Leatherman Sr. Terminal and securing additional funding to complete the Charleston Harbor Deepening Project.” — S.C. Ports Authority Chairman Bill Stern

SCPA board unanimously approved today the purchase of 25 new hybrid rubber-tired gantry cranes for the Hugh K. Leatherman Sr. Terminal. The cranes will enable the Port of Charleston to handle the projected container volume growth over the next 25 years, as well as support operations at the new Leatherman terminal.

The SCPA board also unanimously approved the issuance of $400 million in revenue bonds to fund planned capital expenditures crucial for future growth of the Port.

Most of the funding will support the construction of the new Leatherman terminal, which is located along the Cooper River in North Charleston.

The first phase is set to come online in 2021 in conjunction with the completion of the Charleston Harbor deepening project — setting the stage for the Port to handle more post-Panamax ships and increased cargo volumes.

At full buildout, the three-berth Leatherman terminal will double the Port’s existing capacity.

The revenue bonds will also fund continued infrastructure upgrades and crane purchases at Wando Welch Terminal. The container terminal, located along the Wando River in Mount Pleasant, has undergone a three-year modernization effort to ready it to handle the influx of bigger containerships.

By the end of 2020, the Wando terminal will be able to handle three 14,000-TEU ships simultaneously.