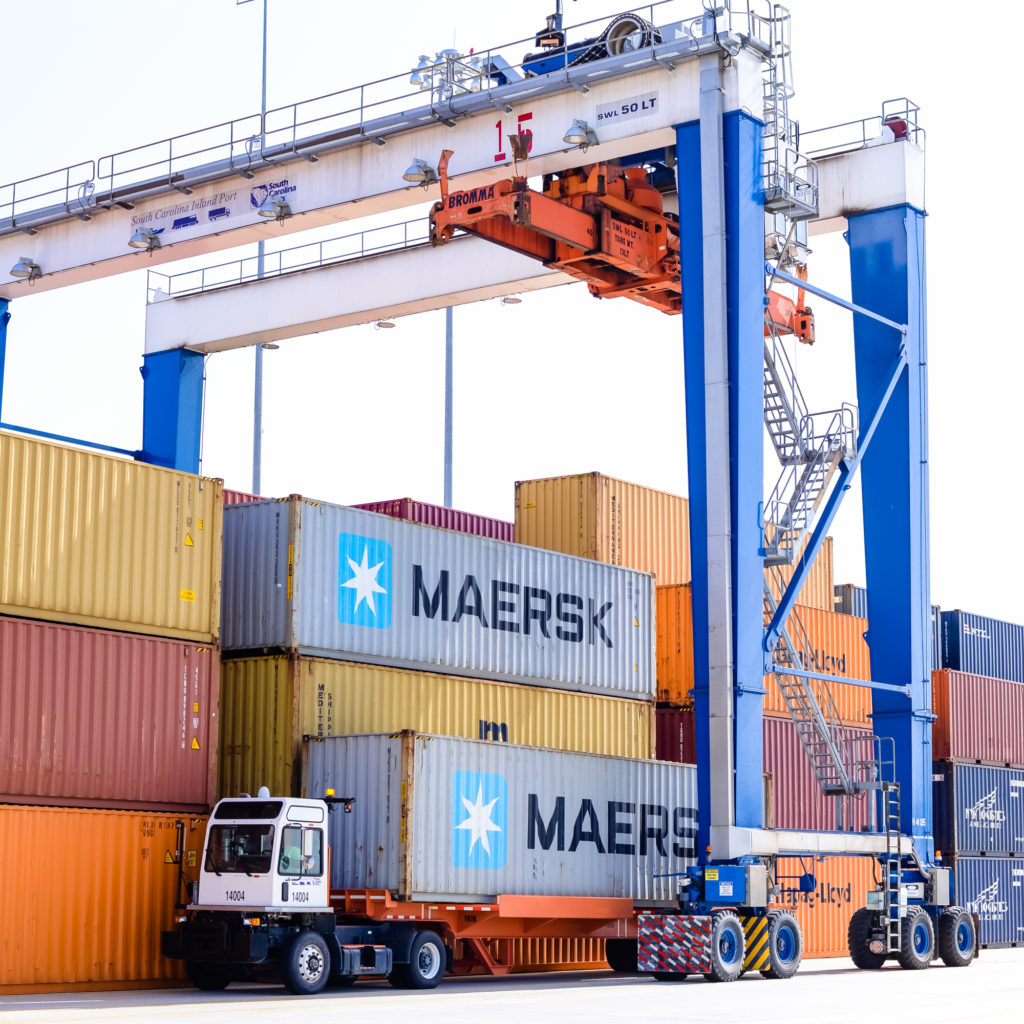 The South Carolina Ports Authority will invest $5.3 million to upgrade the 50-acre inland port in Greer, part of $263 million in upgrades to ports statewide.

The Greer port’s 70- and 80-foot cranes and jumbo-sized forklifts moved an average of 333 containers a day during the fiscal year that ended in July, according to the ports. These days, officials there said this week, they move more like 400 daily. A train departs daily at 5 p.m., and trucks roll in and out in less than 15 minutes.

The operation enables manufacturers such as BMW to store and move materials quickly to meet tight production deadlines essential in global competition. The Greer port acts as a mobile warehouse, a holding area for scores of containers full of BMW’s German- and Austrian-made engines and transmissions, said Sky Foster, the department manager for BMW Corporate Communications in Greer.

Whenever BMW needs a particular sea container, the plant gives the port a call. Port workers have to locate exactly the right box, too, or production at places like BMW screeches to a halt.

“They have a 45-minute window to get the container here,” Foster wrote. “They pull the container, put it on a truck chassis, and drive it to the plant. This process has worked very well and helps us to be more efficient inside the plant.”

The scale of the operation is staggering: empty 10-foot-tall containers are stacked as much as eight high, creating an 80-foot tower of steel boxes, lined end to end for half a mile.

The South Carolina Ports Authority’s capital expenditures this year includes $140 million in major upgrades to the Wando Welch and Leatherman terminals in Charleston, $32 million to build a second inland port — like Greer’s — in Dillon along Interstate 95, and $25 million toward deepening the harbor at Charleston to 52 feet, a project for which the South Carolina General Assembly set aside $300 million in 2012.

South Carolina Ports Authority president and CEO Jim Newsome summarized those projects during his annual State of the Port address at the Propellor Club outside Charleston earlier this week. The event had been postponed because of Hurricane Irma.

“Last fiscal year was a great year for the port,” Newsome said. “Our success benefits the entire state, and by supporting the global supply chains of companies across South Carolina and the region, we are a job creator.”

Although a state agency, the port’s operations are largely self funded through fees that land and sea-freight companies pay for port employees to move and store their containers, vehicles and other bulk items. Operating cash flow for the fiscal year that ended in July was $80 million.

At the port facility about a mile east of Greer, containers — some of them empty and some of them full — arrive daily for sorting, stacking, storing and shipping. Many of the containers contain raw, Southeast Asian rubber destined for Upstate Michelin plants or German engines and transmissions destined for the Greer BMW plant.

“We don’t have to manage several hundred sea containers; the port does this now,” BMW’s Foster wrote. “They deal with the complexity of getting them unstacked and trucked over to us.”

But this facility, officials said, is a net exporter, which means more material moves out than comes in.

Some of those outgoing 20- and 40-foot steel boxes contain BMW car kits, each containing a complete vehicle, minus an engine and transmission, port officials said. These are destined for overseas markets where import rules demand they be assembled locally.

But few if any of the Greer port’s 55 workers know exactly what is in each container, officials said. That’s the point — logistics operators move material quickly and according to an assigned number without sweating the details of what is inside the boxes.

“We have been very successful in quietly doing what ports should do — keep freight moving in a consistent manner for our customers,” Newsome said in his address. “We seek to be a reliable, invisible supply chain partner.”

Every day but Sunday, a Norfolk Southern train pulls up to the Greer port at 5 a.m. loaded with material to drop off and ready to take a new load down to the seaside terminals in and around Charleston.

By 7 a.m. the inland port’s 70- and 80-foot-tall rubber-tired gantry (RTG) cranes come to life and start the process of picking up and sorting containers. A stack of containers next to the rail line await a spot on the train or a tractor-trailer, depending on their final destinations.

Trucks typically spend about 13 minutes in the facility, driving through the port’s front gate, parking at a spot next to their desired containers, and waiting for an RTG to roll up and load their container. RTGs can pick up and drop a container onto the back of a truck in less than four minutes.

On Monday morning, no trucks had to queue up; the operation never stopped flowing. Operators kept track of the containers with tablet computers.

“That’s their business, that’s what they do best,” BMW’s Foster said.

Meanwhile, the train is fully loaded every day by 5 p.m. with a double stack of containers ready for the overnight journey to Charleston.

The volume of cargo handled through the Inland Port in Greer has doubled over the past two years, according to the port authority, and officials expect that to grow right along with economic expansion of the region in general. Among other major projects statewide, BMW announced this summer that it would invest an additional $600 million at its plant this coming year.

A record 1.21 million containers came through the port authority’s various terminals this past year — 10 percent of those in Greer, the port announced.

“Achieving the highest volumes in our history is a good starting point for the future,” Newsome said.