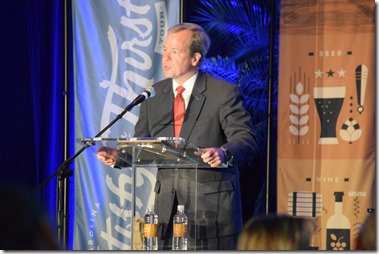 Just over $19 billion of the S.C. economy came from the tourism industry in 2014, according to new data from the S.C. Department of Parks, Recreation and Tourism. That’s a 5.5%, or roughly $1 billion, increase from 2013.

“We know that tourism enhances the quality of life in our state, it provides jobs for one out of every 10 residents, and we know it has tremendous impact on our state’s economy,” Duane Parrish, the department’s director, said Wednesday during the annual Governor’s Conference on Tourism and Travel in Charleston.

With a $1.4 million international budget, the S.C. Department of Parks, Recreation and Tourism has a presence in Canada, the United Kingdom, Ireland, Germany, Switzerland and Austria. The department partnered with Brand USA and Travel South USA, which will expanded its reach to France, Italy, Belgium, Luxembourg, the Netherlands, Brazil, India and China, according to Parrish.

“The investment, collaboration and partnerships are paying off,” he said. “In 2014, the Travel South member states, of which we are a part, welcomed an estimated 2.5 million visitors from overseas, a 7% share of the 35 million overseas visitors to the United States. These overseas visitors represent a 20% increase in volume over the prior year of 2013.”

The department currently showcases videos on its website in 10 different languages. Before the end of the fiscal year, it plans to add language-appropriate videos for visitors from China and India.