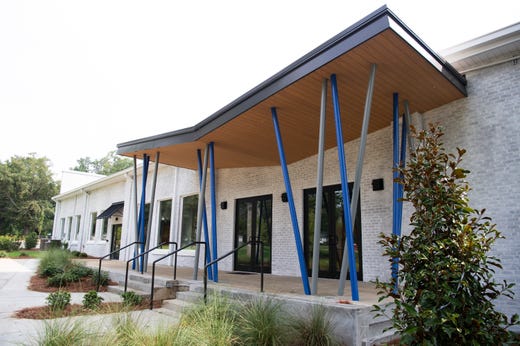 Renovated Center for the Arts Opens in September

August 7, 2019
Reno Deaton
Around Greer, Development
Residents near downtown Greer will soon have a neighbor they can go to for arts and recreation. That neighbor at 100 Davis Avenue is the city’s new Center for the Arts and its adjoining 3-acre park.
The 12,100-square-foot facility is a transformation of a 63-year-old tabernacle built by the South Carolina Wesleyan Church and adjacent land the church used for their camps and retreats.
The center will open in September with an art gallery, classrooms for pottery and art classes, rentable artist studios, a theater that seats approximately 125 people, and office spaces.
The park area features educational water gardens, a playground, an approximately 75-seat amphitheater, walking trails, and more. 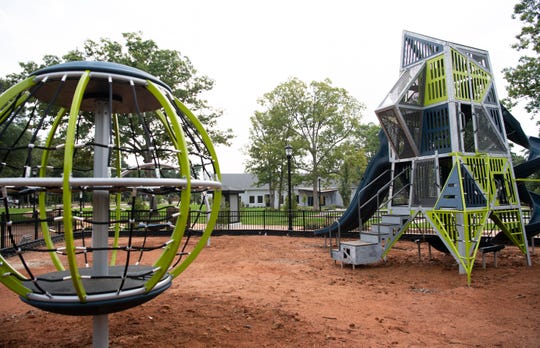 The $2.5 million project is part of the city’s 2015 master plan and the creation of an arts district that extends to its downtown Trade Street, according to Robin Byouk, Greer’s cultural arts supervisor.
The project is among the more than $25 million in revitalization projects the city has either underway, planned, or completed as part of that master plan, Greer City Administrator Ed Driggers has said.
The list includes $2.5 million used to upgrade the street lights along the seven-mile stretch of Wade Hampton Boulevard that’s within the city limits, the $10.8 million streetscape work underway in the central downtown area, and the upcoming $2.5 million “complete renovation” of Kids Planet Playground in Century B Park.
No tax, business license fee, or other user-fee was increased to pay for the projects, Driggers said.
Instead, the money, for the most part, is cash the city had been saving, Driggers said. The city also issued $8 million in bonds bond to pay for infrastructure and a public parking garage to accommodate the new Hampton Inn hotel being built downtown, Driggers said.
“We anticipate that we’ll do some additional bonding in either late 2019 or early 2020 that will finalize that project, but we have resources in place to cover that bonding, obviously, cash expenditures out of our existing resources,” he said.
The property used for the Center for the Arts is one of many examples of how the city re-purposes its existing resources, said Ann Cunningham, the director of the city’s Parks and Recreation Department.
The Wesleyan Church gave the site to the city years ago, Cunningham said. At the time, the city had no use for it, she said.
The South Carolina Children’s Theater was there for a year. It’s now in Greenville. 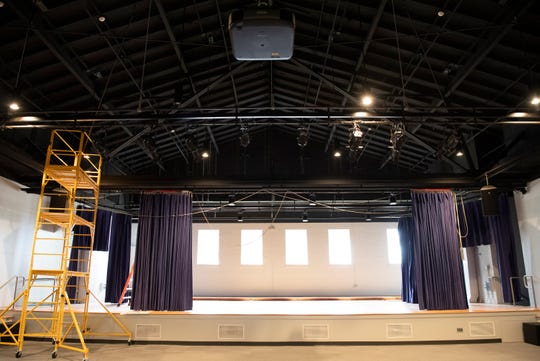 The building was vacant for nearly 15 years before another church leased it. That church vacated the space in 2015.
“They decided it wasn’t working out for them and we decided this is a great opportunity for us to come in,” Cunningham said.
That’s because arts in Greer is growing under Byouk’s leadership, she said.
And, “we’re thrilled to have the opportunity to do this,” she said.
The new center will be multipurpose in aspects aside from the arts. It will be available for meetings and other events, Cunningham said. Likewise, the park has infrastructure that enables festivals, weddings, and more to be held there, she said.
Written by Angelia L. Davis, The Greenville News
development, education