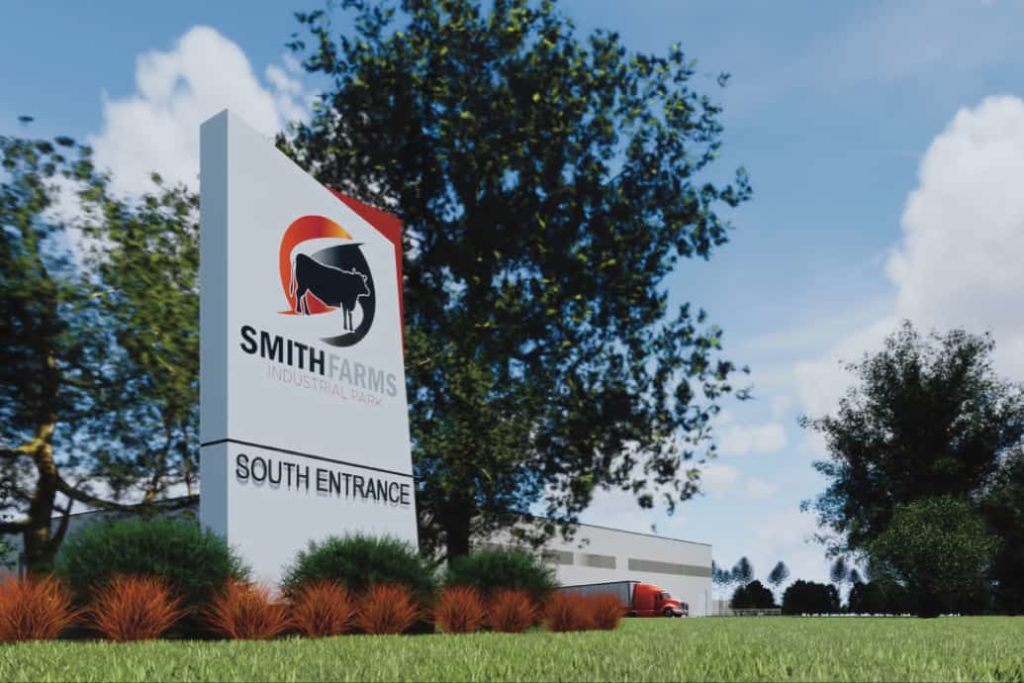 Columbia-based Red Rock Developments, in partnership with NAI Earle Furman, announced its plan to develop Smith Farms Industrial Park on several tracts at the intersection of Highway 101 and Reidville Road in Greer.

A new industrial business park is headed for a 475-acre tract in western Spartanburg County.

Columbia-based Red Rock Developments, in partnership with NAI Earle Furman, announced its plan to develop Smith Farms Industrial Park on several tracts at the intersection of Highway 101 and Reidville Road in Spartanburg County.

According to the developer’s proposed site plan, the multimillion-dollar project could yield up to 11 buildings totaling nearly 6 million square feet of Class A space.

“Our plan is to come out of the gate with an offering that will meet the needs of the majority of the companies looking in the Upstate,” said Bill Smith, CEO of Red Rock, in a statement. “We have tremendous runway with Smith Farms that will accommodate any user’s needs and will allow us to be in the epicenter of this market for years to come.”

“There could not be better market fundamentals for this project, and we are excited about the long-term capital investment we will be making in Spartanburg County,” Smith added.

Red Rock’s plan showed the park is capable of accommodating buildings that range from 60,000 to 1.6 million square feet.

The company said it will soon reveal details of a speculative, or spec, building to be constructed at the site.

Greer CPW will supply the site with gas. Duke Energy and Laurens Electric Cooperative will provide its electricity.

Red Rock said the site is less than 9 miles from the S.C. Ports Authority’s inland port near Greer, 3 miles from Interstate 85, 11 miles from I-26, and 8 miles from Greenville-Spartanburg International Airport.

The park will join several new developments along the Highway 101 corridor near BMW Manufacturing Co.

St. Louis-based CRG, a private real estate investment affiliate of Clayco Inc., recently announced its plan to move forward with its Inland 85 Logstics Center of Spartanburg County on 324 acres in the vicinity of Genoble and Robinson Roads near BMW.

“Red Rock’s choice to establish an industrial park of this size and caliber is a testament to the potential the Highway 101 corridor holds for future development in Spartanburg County,” Britt added. “We expect this development to be another outstanding asset for Spartanburg County to attract nationally known companies that will bring quality jobs to our region.”

“My brother Charles and I looked at various options for developing our farm property that the Smith family has owned for multiple generations,” she said. “We wanted a plan that would benefit our community, a plan that would make our ancestors proud. Red Rock showed us a vision that allows us to give back to our community through job creation and tax base growth. Charles and I are excited about working with Red Rock and NAI Earle Furman to make this vision for Smith Farms a reality.”

The company, which also has a regional office in Charlotte, N.C., said its team has completed more than 21 million square feet of developments for local and national tenants.