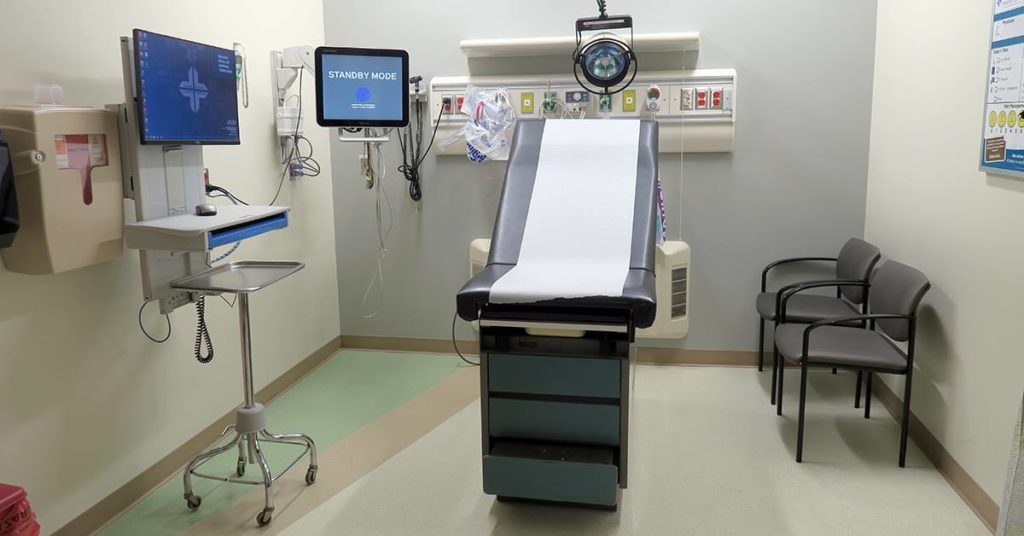 Clegg Taylor was rushed into the emergency room at Pelham Medical Center on Wednesday with a gunshot wound to his abdomen.

Blood was oozing out of the wound and onto his arm as he was fading in and out of consciousness. Nurses wheeled him into the new trauma room, where doctors inserted an IV, checked his pulse and worked furiously to stabilize him.

Taylor, a nurse at the hospital, survived the demonstration and left the ER with a smile on his face. The medical scenario was designed for staff to practice in their new expanded facility.

“This brings our team together,” Chief Nurse Myra Whiten said. “They learn the flow and the process and, ‘Do we have the proper equipment in the room?’”

Medical staff also practiced scenarios involving a person with the deadly Ebola virus, someone with a broken limb, a crash victim and someone with a behavioral health emergency.

Starting May 8, the scenarios will be real. That’s when the $33.5 million expanded emergency and surgical areas at Pelham Medical Center start being used.

Tony Kouskolekas, president of the medical center, said five years ago the 14-bed emergency department was seeing about 60 patients a day. That has increased to about 100 per day.

Pelham’s expansion doubled the number of emergency room beds and added nine observation beds for patients who are being diagnosed before being treated and released or admitted to the hospital.

The emergency room now includes 27 exam rooms, six “fast-track” or rapid treatment rooms, one trauma room and one seclusion room for patients with serious illnesses such as Ebola.

“This helps us tremendously with space needs so we can continue to provide excellent care,” said Jane Gourley, director of emergency services.

Kouskolekas said as the Greer community continues to grow, the medical center will keep pace. It’s operated by Spartanburg Regional Healthcare System and located on Westmoreland Road at Highway 14 near Interstate 85.