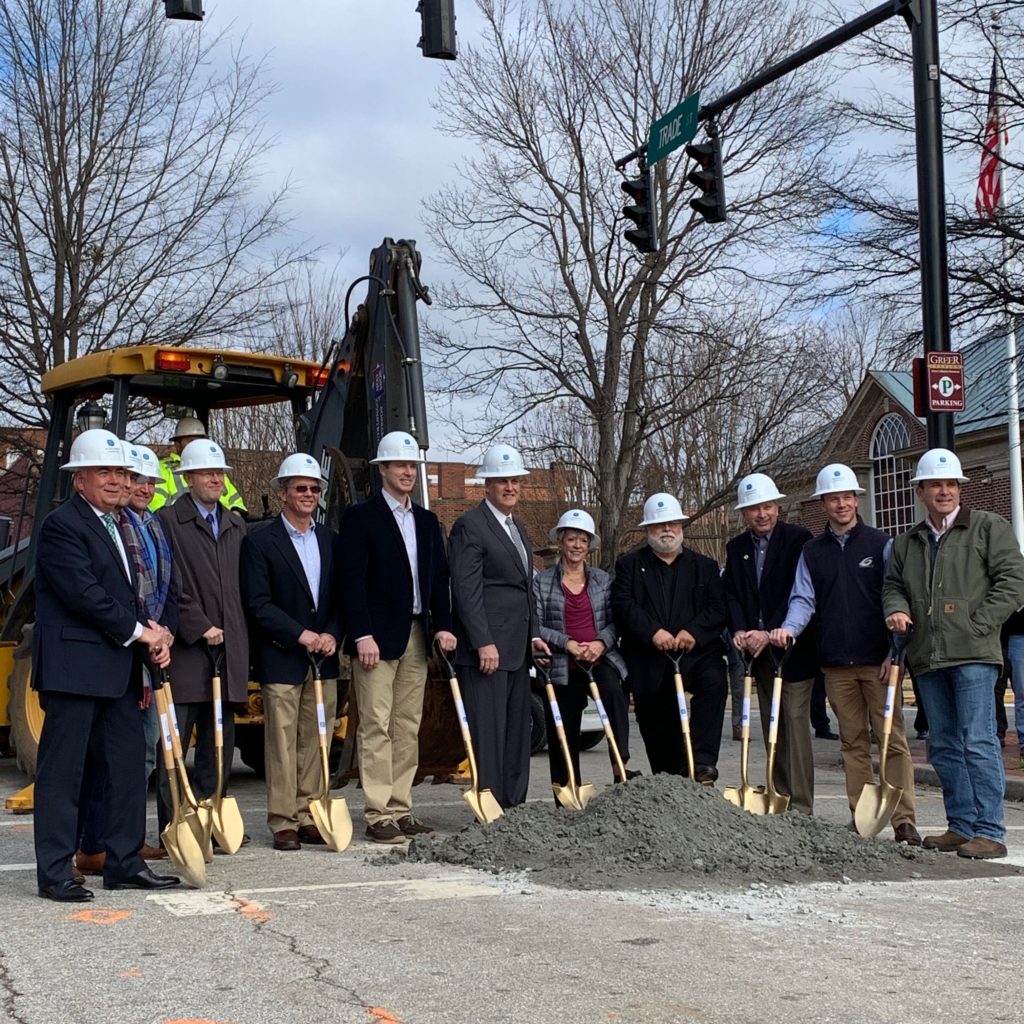 Get to know CenterG. That’s the name of the $10.8 million streetscape project that will take place in the City of Greer’s central business district for the next 18 months. 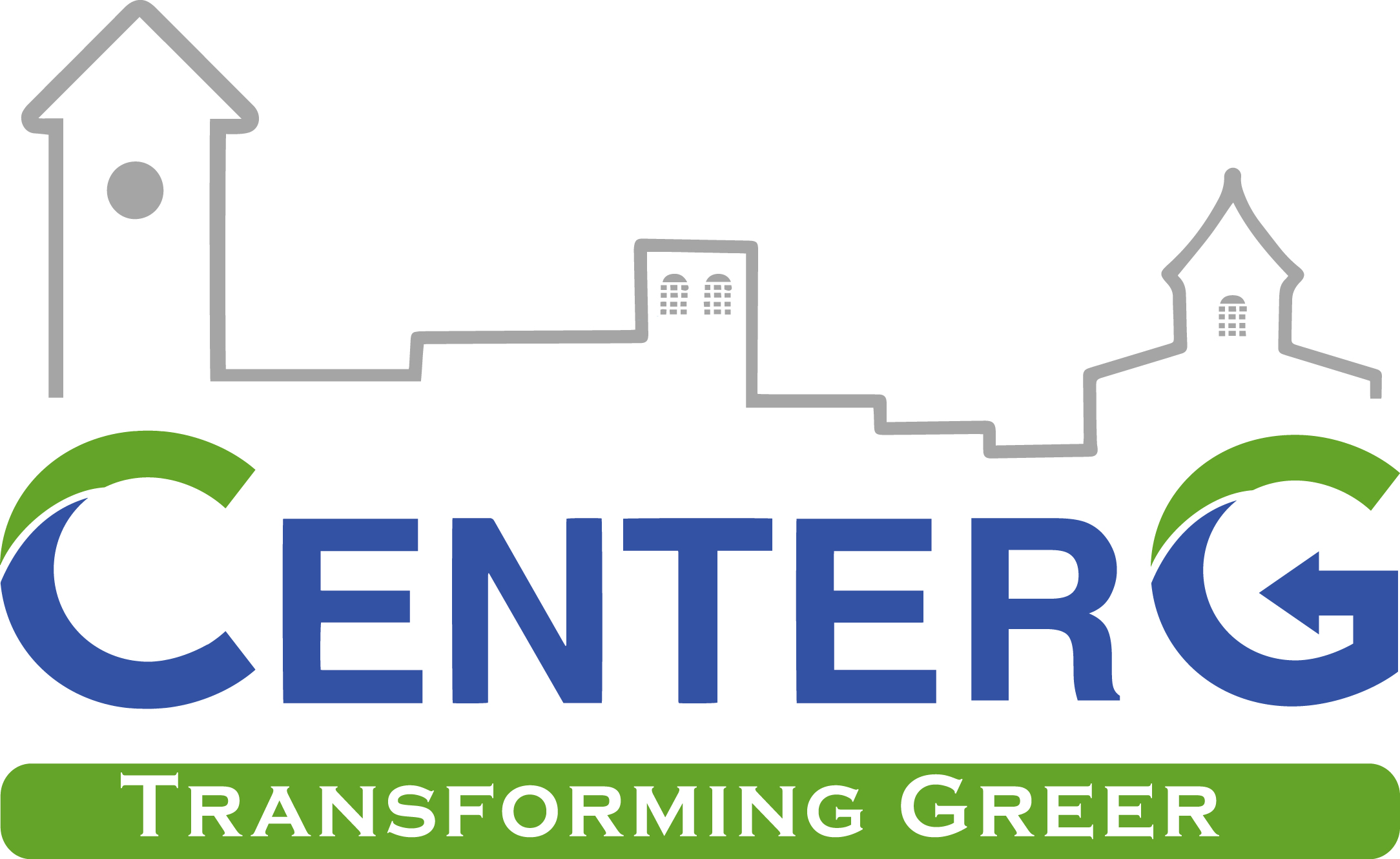 “It’s a landmark day for the City of Greer,” city administrator Ed Driggers said. “We know this project will be ongoing for the next 18 months but, for many of us, this has been nearly five years in the making. This groundbreaking makes it very real and exciting.”

Driggers pointed to the many groups that made the project possible: residents who participated in meetings leading up to the creation of the Greer Community Master Plan; Kimley-Horn, the design and planning firm in Charlotte, N.C., that facilitated the master planning process and designed the new look for downtown; the GLDTC and CoTransCo for funding assistance and bid/construction planning, respectively; and general contractor Sossamon Construction.

“There has been tremendous synergy as we moved toward this day, so it seemed natural as work begins in our city center to christen this project CenterG,” Driggers said.

Greer CPW launched the overall project in mid-2017, repairing and replacing the downtown’s aging infrastructure. As the utility company prepares to complete its water line work on Trade St. over the next six to eight weeks, work will begin above ground this week to transform Trade St. into a special destination.

The CenterG Project will transform Trade St. through a shared street design. Shared streets allow for easy movement of both vehicles and pedestrians by removing curbs and replacing them with multi-colored pavers and other methods to direct traffic. The removal of curbs also creates an open space, allowing the street to be transformed into a pedestrian plaza for special events.

Sossamon Construction’s bid of $10.8 million won the project during a second round of bidding in December. The general contractor, founded in 1946 in Gaffney, has recently completed streetscape projects in Spartanburg, Greenwood, Fountain Inn and Abbeville.

“For the last 15-plus years, we’ve been pretty busy with streetscape work,” Matt Sossamon said. “When (CenterG) came along, it fit our personnel, it fit the timing of a project where we were completing some of our previous streetscape work, and we certainly look forward to building new relationships with new municipalities. So this is a good opportunity.  It’s awesome to be a part of such a big project. A lot of focus is going into it.”

Sossamon Construction begins its CenterG work this week and expects to complete the project by June 30, 2020.

The City of Greer has set provisions in place to help downtown businesses continue to thrive during the CenterG Project. The city budgeted $150,000 in incentives for downtown merchants to apply for Greenville County Redevelopment Authority façade grants.

Eligible merchants could apply for a $10,000 grant – $5,000 from the City of Greer and $5,000 from GCRA – to improve their front or rear façade with no individual financial investment. If a merchant invested $5,000, the city also matched those funds, resulting in a total $20,000 grant. Eleven businesses have been awarded grants or have pending grants to complete façade improvements and create a more inviting entrance for customers during construction.

Complete information on the CenterG Project is available at www.futuregreer.com. Visitors to the website may also request email updates on construction, road closures, and special events planned during the project.