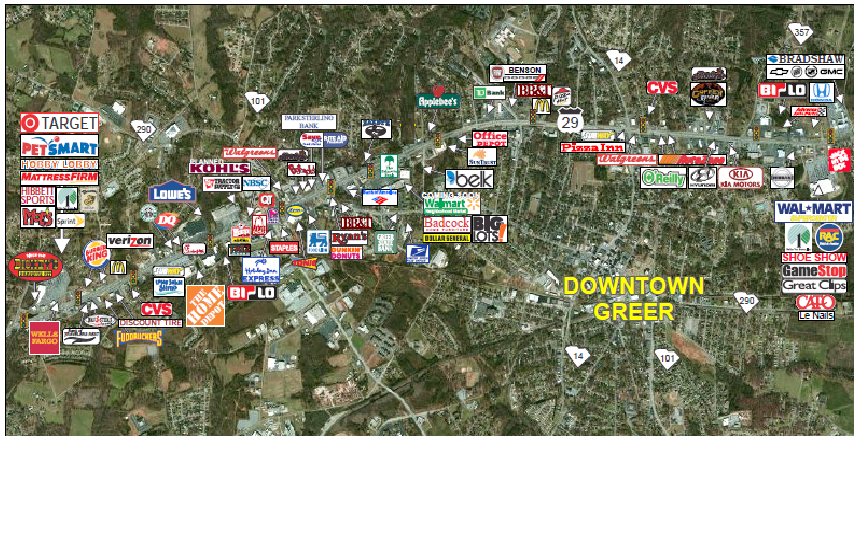 February 25, 2005
Reno Deaton
Around Greer, By The Numbers, Commercial

The Greer Development Corporation (GDC) is pleased to announce the completion of the 2005 Wade Hampton Corridor Shoppers Survey.

Wade Hampton Boulevard has been recognized as one of the main commercial growth corridors in the City of Greer.  With approximately 33,000 vehicles a day traveling along this main thoroughfare and the addition of new retail centers, dining locations, and service operations, Wade Hampton Boulevard is recognized as an economic engine for the Greer community.  Over the past couple of years this commercial corridor has experienced dramatic changes that have included the addition of new businesses, redevelopment of property, and new utility infrastructure and roadway improvements.  In order to continue the quality economic development along Wade Hampton Boulevard, GDC analyzed the characteristics and activities of shoppers who frequent this major growth corridor.

During November 2004 and January 2005 GDC conducted a total of 76 surveys at the Dill Creek Plaza and Collins Corner Shopping Center.  Results from the two full days of surveying demonstrated the following aspects to shopper activities and perspectives along Wade Hampton Boulevard:

“Having this information assists GDC in accomplishing its objective of proactively marketing the area and engaging developers and businesses along Wade Hampton Boulevard,” said Richard K. Blackwell, Commercial Development Director for GDC.  “The trade area for Wade Hampton Boulevard has strong potential for success.  Taking this new information along with the data highlighting over 125 new subdivisions planned or under construction, we are able to demonstrate that Greer has one of the most attractive markets in the Upstate area for new commercial development.  We feel this corridor offers a win-win for everyone.”

“Wade Hampton Boulevard is an asset for Greer and Greenville and Spartanburg Counties,” commented Jerry Balding, Chairman of GDC. “Changes along this thoroughfare are occurring on a monthly basis and plans by the City of Greer for new landscape enhancements will make this area more attractive to the variety of new potential businesses and consumers shopping along Wade Hampton Boulevard.  GDC and all the other partners involved in transforming Wade Hampton Boulevard will use this information in our targeted efforts for community revitalization and continued economic development.”