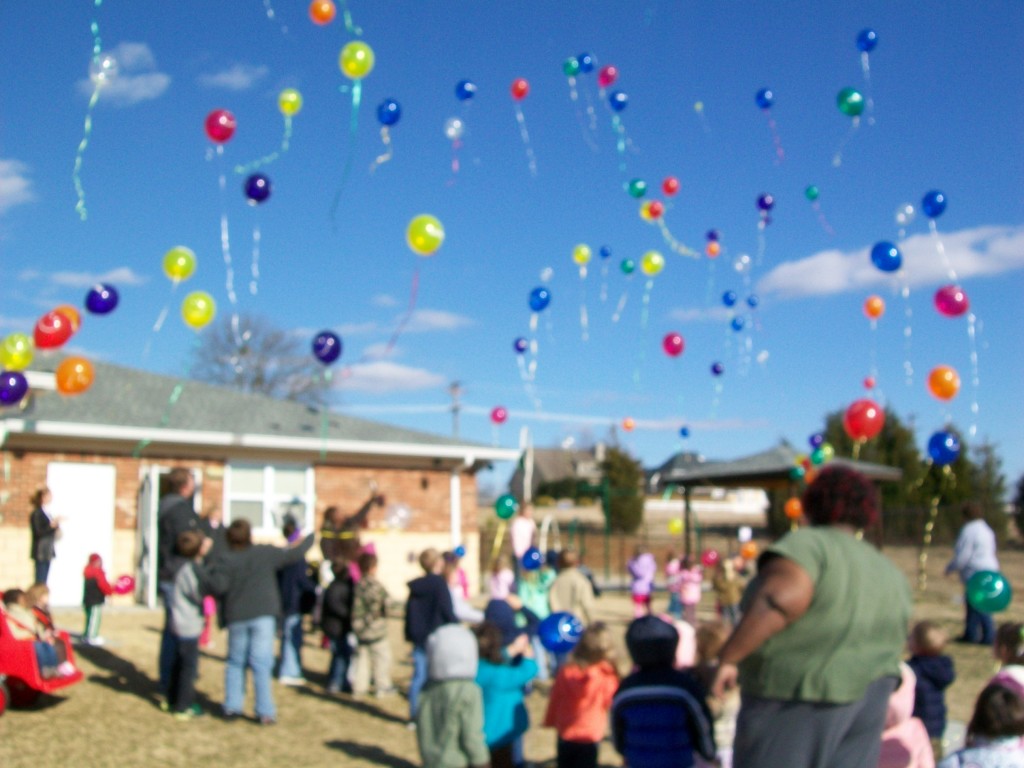 Kids R Kids School of Quality Learning is celebrating its first anniversary at 390 Westmoreland Road in Greer – near the Village at Pelham Hospital, just off of Highway 14 at Exit 56 on Interstate 85.  Just one year after completion of their 15,000 square foot, $3 million state-of-the-art childcare facility, Kids R Kids of Greer currently has an enrollment of 120 children ranging in ages from six weeks to twelve years of age.  Designed to be an innovative childcare center of the highest quality, Kids R Kids has built a strong reputation in the community for its programs for infants, toddlers, pre-schoolers, pre-K, and afterschool.  To mark the one-year anniversary celebration, Kids R Kids students participated in a balloon launch.

“We have had such a great first year at Kids R Kids,” said Sally Strickland, Director of Kids R Kids Greer.  “We are so grateful to the families of the Upstate and in Greer who have entrusted us with the responsibility of caring for and teaching their children.  We have just as much fun being here as the children do.”

Kids R Kids of Greer is pleased to announce that it is now enrolling children ages five through twelve in its summer camp called Camp Extreme Discoveries.  This ten week camp includes field trips and other opportunities for campers to involve their communities, families, and friends in what they are experiencing and learning.  Deciphering clues, reading maps, and working together, campers will experience different cultures, habitats, and atmospheres while building strong character traits and having lots of fun.

Kids R Kids of Greer is also pleased to announce that it will also be starting a private K5 program in the fall.  Program details and tuition rates will be released soon.