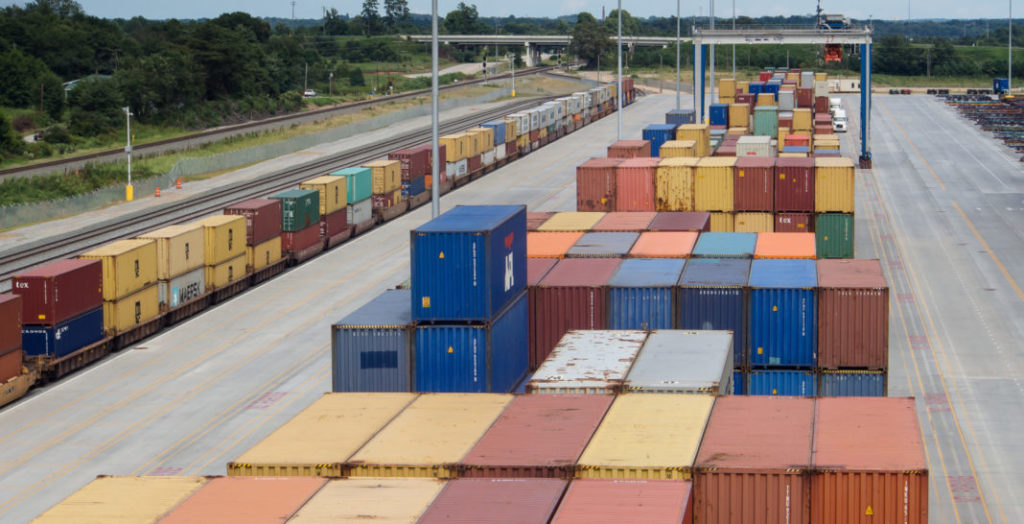 Since the start of SCPA’s fiscal year in July, the volume of its inland port in Spartanburg County has increased to 66,308 rail moves moves, a more than 4 percent jump compared with the same period of 2017.

Since the start of SCPA’s fiscal year in July, the inland port’s volume has increased to 66,308 moves, a more than 4 percent jump compared with the same period of 2017.

Overall, SCPA said it handled 167,398 twenty-foot equivalent units (TEUs) in January and 1.24 million TEUs for the fiscal year to date, which was nearly a 2 percent increase compared with the same period of the prior year.

“Strength in global container trade continues to drive increases in the Port’s container volumes, and at the current pace, SCPA is on track to achieve a combined 12 percent growth rate over two fiscal years,” said Jim Newsome, president and CEO of SCPA, in a statement.

“We look forward to strong volumes this spring during what will be a very busy and important time for our port,” Newsome added. “Next week marks the arrival of two neo-Panamax cranes for the Wando Welch Terminal, as well as the beginning of construction on the Charleston Harbor Deepening project, and in April, Inland Port Dillon will open for business.”

SCPA said it handled 94,852 pier containers in January, bringing its total for the year up to 700,671 containers.

For noncontainerized cargo, SCPA said its Charleston breakbulk facilities handled 55,224 pier tons during the month. For the year, SCPA said it has moved 409,046 tons of breakbulk cargo, including 118,122 vehicles.

SCPA said its board recognized an increase in the container capacity of the Port of Charleston’s new and existing terminals after a review of opportunities to maximize capacity utilizing modern container handling techniques.

The agency said its existing container terminals — Wando Welch and North Charleston —and the addition of the three-phase Hugh K. Leatherman Sr. Terminal will provide a total container capacity of 5 million TEUs by 2032.

SCPA said the capacity increase will be achieved through enhancements of existing terminals, including the “purchase of container-handling equipment and modifications to overall layout,” during the next two years and with the addition of the Leatherman facility.

“Over the last eight years, SCPA has grown steadily at a CAGR [compound annual growth rate] of 8 percent,” Newsome said. “We believe the South Atlantic ports will continue to grow above the U.S. port market in percentage terms and that the movement of freight will become more challenging due to issues being encountered by the trucking industry.”

Newsome said he believes the Port of Charleston will play “an important role” in facilitating future growth through the modernization of existing facilities, along with “significant improvements in the South Atlantic Chassis Pool and other key assets for the movement of freight.”

He said SCPA will consider expanding its gate hours to handle increasing volumes after a full consultation with the local trucking community.