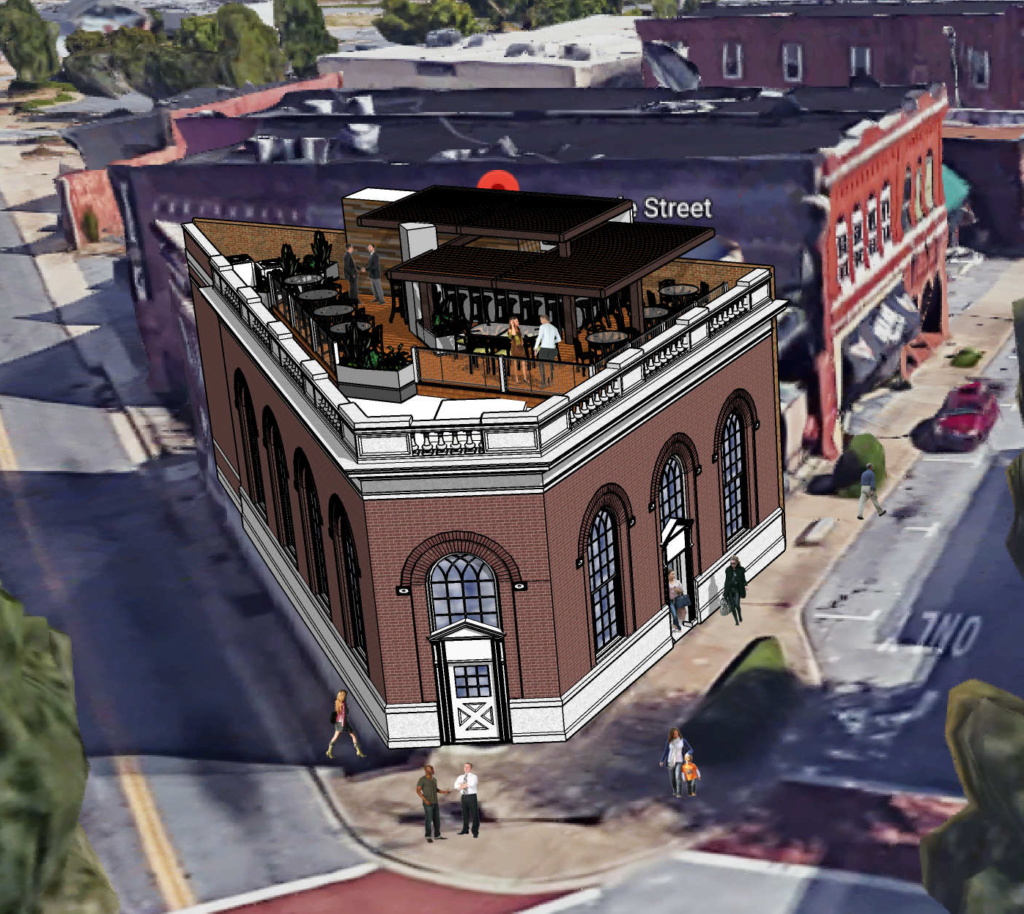 The historic B.A. Bennett building at the corner of Trade and Poinsett Streets will soon be renovated to accommodate a restaurant. Plans for the site include rooftop terrace seating and space for a kitchen.

“That’s probably the most iconic building in downtown,” said Board Member Brandon Price.

“We hope this is a compromise in meeting the needs of the building to be developed as a restaurant while still preserving its historic nature on both facades by having the stair and the roof terrace set back in such a manner that it’s not visible from street level,” said Barry Agnew, Principal Architect/CEO at Adeptus Architecture, representing D&D Investments.

“Our changes (to the outside) are putting a roof terrace on the building and recessing one door.”

The side entry will be recessed five feet to be used as an exit, and an interior stairwell will penetrate through the roof to access the rooftop terrace.

“Currently, there is not a business in there, but this is for a potential future business,” said Brandon McMahan, Zoning Coordinator.

“They don’t have a tenant yet,” Agnew said. “We’re still searching for a tenant. We prepared multiple sets of plans for different utilization of the building,” he said.

Current plans include a rooftop terrace to increase the seating capacity of the building up to 150 people with 48 to be accommodated on the roof. 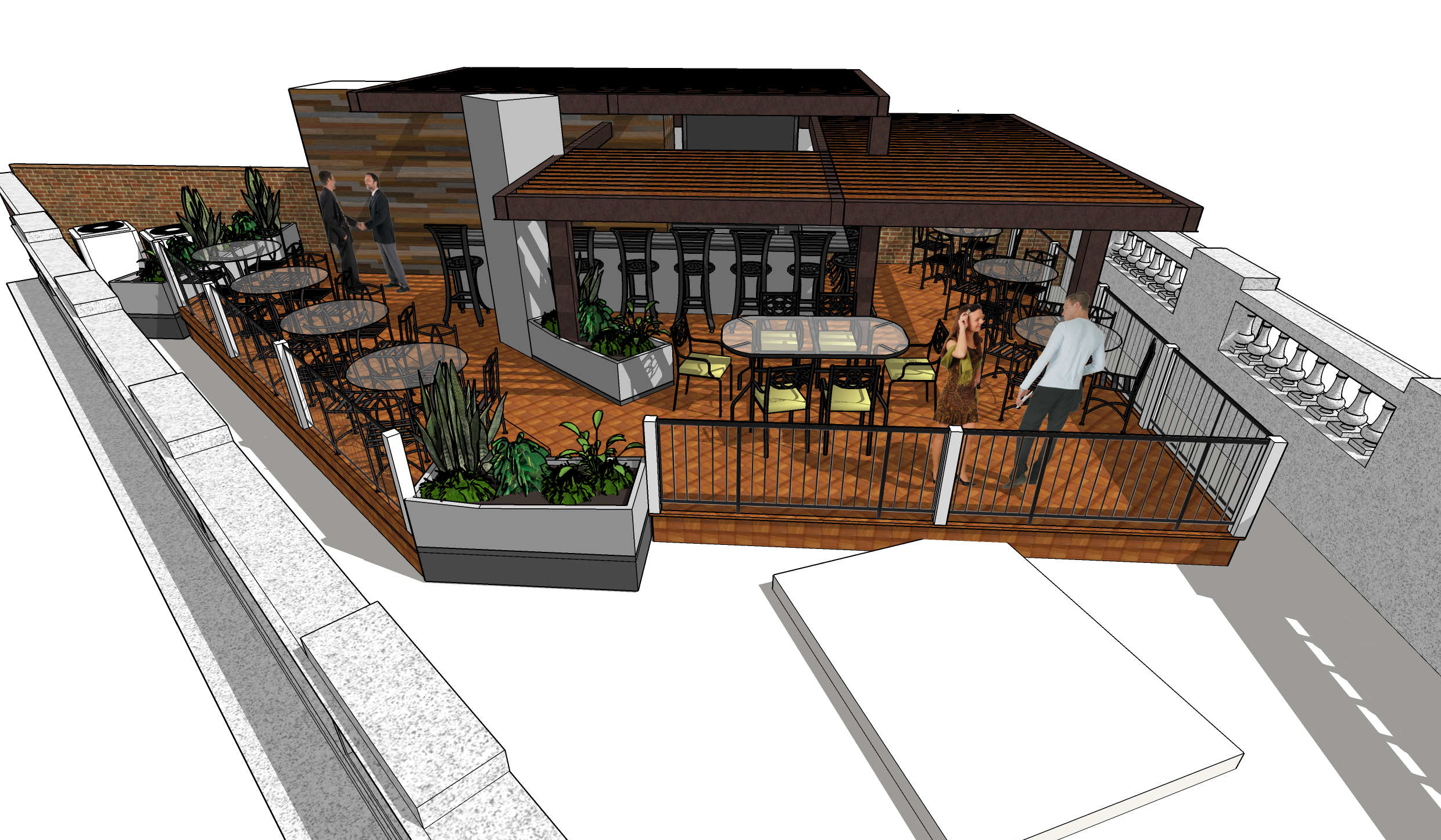 “Because the building is an obtuse triangle, very small, there’s very little space for seating in the building,” Agnew said. “About the only way we get a viable amount of seating that would be an inducement to any restaurant to come in is to develop a roof terrace. We’re trying to meet the intent of the preservation code to keep the aesthetic and the look of the building the same,” he said, “but we’re trying to honor the integrity of the life safety code for safety purposes.”

The recessed side door will swing out in the direction of exit without swinging into the public domain of the sidewalk in order to meet safety codes. “The building is being considered to be developed as either an office space or a public building like a restaurant,” Agnew said. “The majority of stakeholders in the process in the City of Greer are recommending the building to be a public building like a restaurant, that it would be more beneficial to downtown Greer than a private office building. We don’t want it to change the aesthetic nature of the building,” he said. “As you walk up to the building, you cannot see any of this development on the roof. We’ve slid the development on the roof back away from both of the streets.”

The development of the roof terrace can only be 750 square feet in order to limit the occupants to a maximum of 48 so only one stairwell access is necessary. We would like to limit the development on the roof to 750 square feet, so that we can have one stair accessing it and that stair could then be on back side where it wouldn’t be seen,” Agnew said. “From the new hotel, they may have, if you’re up high enough in that hotel, we hope they will have a view of it, and this will be an inducement to bring people downtown to come into the area from the hotel,” he said. “We’re trying to have our cake and eat it here, too. We want to keep the historic nature of the building. At the same time, we want it to be a magnet and inducement and help to the development of downtown Greer.”

A detailed design and construction documents will need to be submitted for review before construction can commence.

“Time is a real issue now because of underground connections,” Agnew said. Sewer and water connections need to be installed under the street before Sossamon reaches that section in early to mid August with the streetscape work.