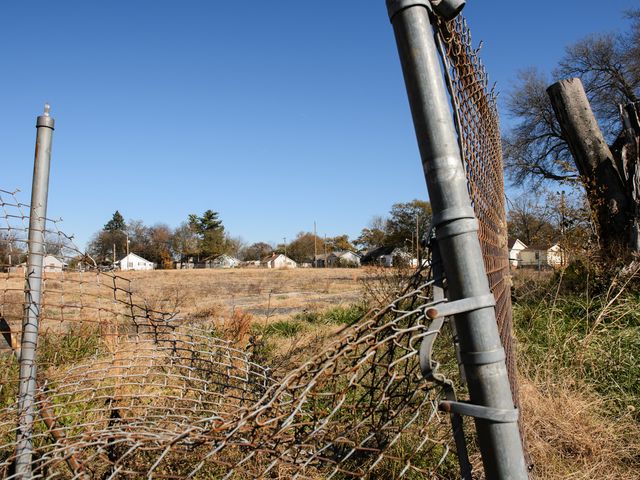 In the heart of a former mill village near Greer’s downtown, on a grassy vacant lot where a thriving textile mill once stood, new life could soon be returning after years of neglect.

A residential development has been proposed for the site that would add brand-new housing within a 10-minute walk of the Greer Station downtown area, where the city has launched a multimillion dollar streetscaping project to encourage additional growth.

Chris Hill, of Scout Realty Group, is planning a mix of apartments, town houses and single-family detached homes on the approximately 24-acre site bisected by Victor Avenue that has been vacant since Victor Mill was razed following a fire in 2006. The mill closed in 2001.

Hill said he hasn’t yet determined how many apartments would be built on the site, but he said he plans to rent them out at “market rate.”

Median rents in the neighborhood were $662 between 2006 and 2010, according to the Opportunity Atlas, a social mobility database developed by researchers at the Census Bureau and Harvard and Brown Universities using the most recent census data.

Hill plans for the homes to be priced affordably, in the $120,000 to $150,000 range, a price point he noted is lacking in the greater Greenville area. They will be relatively high-density on small lots, though he said he has not yet determined a number.

Sales prices of homes in that neighborhood have averaged $137,000 over the past month, according to real estate website Redfin.com.

Hill said said the location offers multiple advantages, including a good school system and job opportunities at local employers such as BMW, its suppliers and the Greer Inland Port.

“It’s a unique site to be that close to downtown Greer,” Hill said. “I think it’s a fantastic place for residential.”

This isn’t Hill’s first foray into the affordable housing market. He is currently working on bringing modest homes priced in the $120,000 to $150,000 range to another mill village, the Judson community, about two miles west of downtown Greenville.

Both the Judson and Victor Mill communities fall within an area where more than 14 percent of the population lives below the poverty level, according to census data, and Hill said he is “cognizant” of the balance between redeveloping an impoverished area and not pricing out the residents there.

He said his approach is to build high-density, starter-type homes that are nice but without the kind of high-end fininshes that can raise the price of a new home.

For some in the neighborhood, new development is a welcome change after years of looking at a former eyesore.

“We need something,” said Joshua Nesbitt, one of several residents in the neighborhood who spoke positively about the prospect of new housing coming in.

His landlord, Don Miller, said he remembers when Victor Mill was a hub for the community, a place he would go to play basketball when he was growing up in the early 1960s.

But much has changed since those days, starting with the mill’s closure in 2001 and then a fire that partially demolished a warehouse on the site in 2006, creating a blight on the neighborhod until all remaining structures were finally demolished.

“I think anything down there is better for property values than having nothing,” Miller said.

“I think it fits really well,” Mayor Rick Danner said. “It’s not often that you get a piece of undeveloped land that size within walking distance of downtown.”

He said the city hopes to work with Hill on making the development as successful as possible.

Hill is still finalizing the purchase of the property — a small unincorporated island within Greer city limits — from Spartanburg County. The sale has been approved by Spartanburg County Council, and Hill will pay a total of $632,500, deputy county administrator Jim Hipp said.

Hill then plans to petition for the property to be annexed into the city of Greer, which will determine its zoning. The project’s timeline will depend on how quickly building plans get approved, but Hill said he hopes to begin construction within six months.

Hill is also working with the state Department of Health and Environmental Control (DHEC), since the property is a brownfield site.

Spartanburg County already did an environmental assessment of the property and removed and disposed of contaminant sources and contaminated soil, said Tommy Crosby, a spokesman for DHEC.

Hill met with the agency on Tuesday to discuss additional testing to determine what final cleanup measures are needed, Crosby said. Those could include installation of physical barriers, like buildings, pavement or clean soil, depending on what’s planned for the property, he said.

Hill said the cost will depend on what DHEC finds at the site, though he’s optimistic the  situation won’t be “as bad as public perception.”