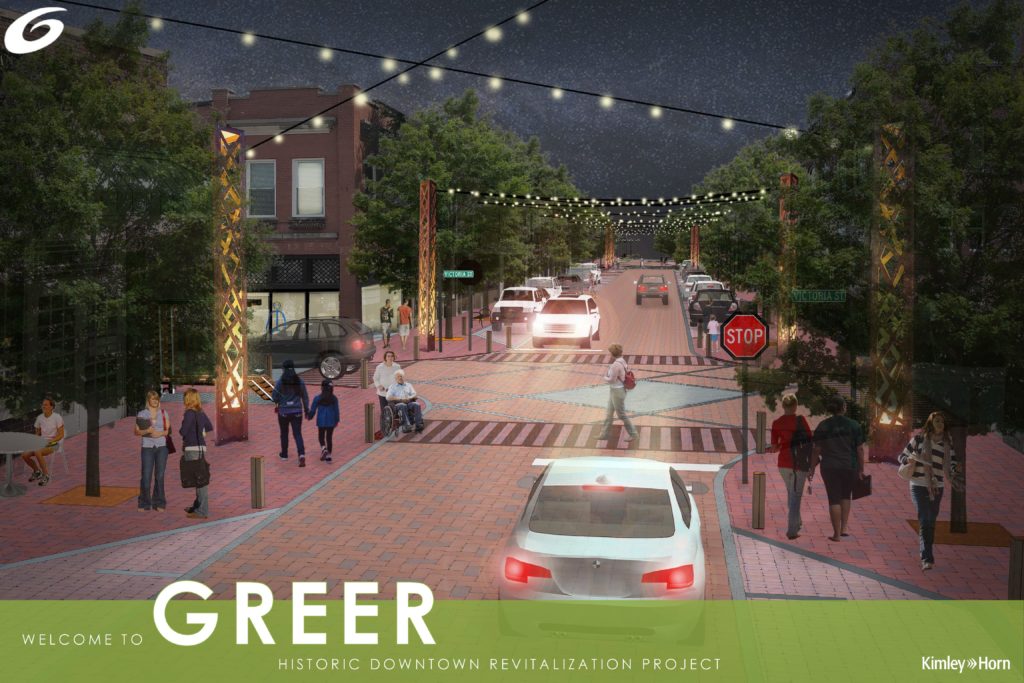 When talk first started about giving Greer Station — Greer’s downtown district — a new look, the thought was that it would keep a traditional downtown look. Wrong.

When the $6 million shared-street project gets underway in January, Greer’s Trade Street will have more of a European look.

Gone will be the curb and gutters. So will the traditional city center sidewalks, landscaping, and benches. In its place will be one continuous surface made up of different colored pavers that designate areas for vehicle traffic and parking as well as for pedestrian traffic. But when Trade Street is closed for an event, it all becomes one large pedestrian area.

“It doesn’t look like a traditional Main Street or Trade Street or Commerce Street,” said City Administrator Ed Driggers, who said the idea came from Greer residents and merchants. “We were looking for places that were doing this and we didn’t find any locations in the United States that were doing it to this degree.”

Driggers said they visited Montreal to see how shared streets worked there.

“We talked to police and administrators and the answer was always the same, that it works extremely well,” he said. “The public understands where the people go and the vehicles go.”

The design, completed by Kimley-Horn from Charlotte, is unique in the Greenville-Spartanburg marketplace and the Upstate, he said.

“It was a phoenix. It truly rose up out of the process,” Driggers said.

The deadline to submit bids is Nov. 8. Driggers said he expects the city to award a contract two to three weeks after that.

The work should be complete by July 2020. Driggers said access to businesses would be maintained throughout the project.