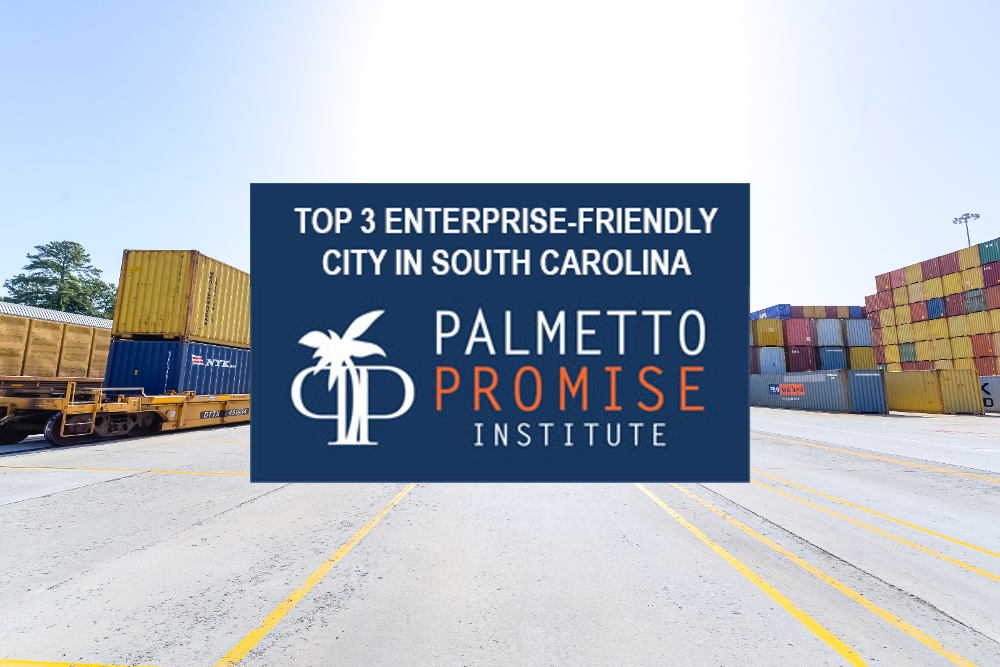 The City of Greer ranks third among the most enterprise-friendly in South Carolina according to a survey by Palmetto Promise Institute, a non-profit research organization based in Columbia.

“Central to the future health of our state is the ability of our cities and towns to attract businesses which can test the limits of their ingenuity right here in the Palmetto State,” Palmetto Promise Institute Research Assistant Adam Crain said. “In collaboration with Dr. John Hill of American Indicators, Dr. Oran Smith of PPI and I worked over the past few months to collect data in four major categories: economic vitality, business tax burden, community allure, and transportation infrastructure.”

Greenville County cities claimed five of the six top spots in the survey behind only the top-ranking city, Bluffton. Greer’s third-place finish was, according to Crain, “buoyed by a low business tax burden and the number one rank in transportation infrastructure – a consequence, in part, of the development of the Inland Port.”

Greer scored a total of 72.52 points out of a possible 100, including 99.74 in transportation infrastructure and 91.44 in business tax

“We are very conscious about the importance of Greer’s attractiveness to industries, businesses and entrepreneurs,” Greer City Administrator Ed Driggers said. “The Greer Development Corporation works diligently to ensure that we are known as a business friendly city with an outstanding infrastructure and a first-rate workforce. This survey validates that reputation.”

“The transportation infrastructure we have here in Greer, from the Inland Port to Greenville-Spartanburg International Airport and the highway system, is a significant strength,” said Kyle Mensing, Commercial Development Director for the Greer Development Corporation. “We’re proud to be very business friendly and, with a thriving downtown and strong industrial base, excited to see what the future holds here in Greer.”

The City of Mauldin placed second overall in the survey with a score of 75.07 out of 100. The Cities of Simpsonville, Fountain Inn and Greenville, in order, trailed Greer in rounding out the top six spots.

PPI noted on its website that although there are numerous comparisons of South Carolina’s free enterprise friendliness to other states, the same sort of report comparing the state’s cities and towns did not exist:

“In order to excel in an increasingly competitive global marketplace, South Carolina must be as attractive as possible to businesses wishing to relocate to or expand in the state. While state-level policies undoubtedly drive our state’s overall economic health and job creation potential, we cannot afford to overlook the vital role played by local communities. Cities and towns are the real engines that drive the statewide economy and South Carolinians should consider how they compare against each other with respect to enterprise: the economic, social, and education factors attractive to businesses.”