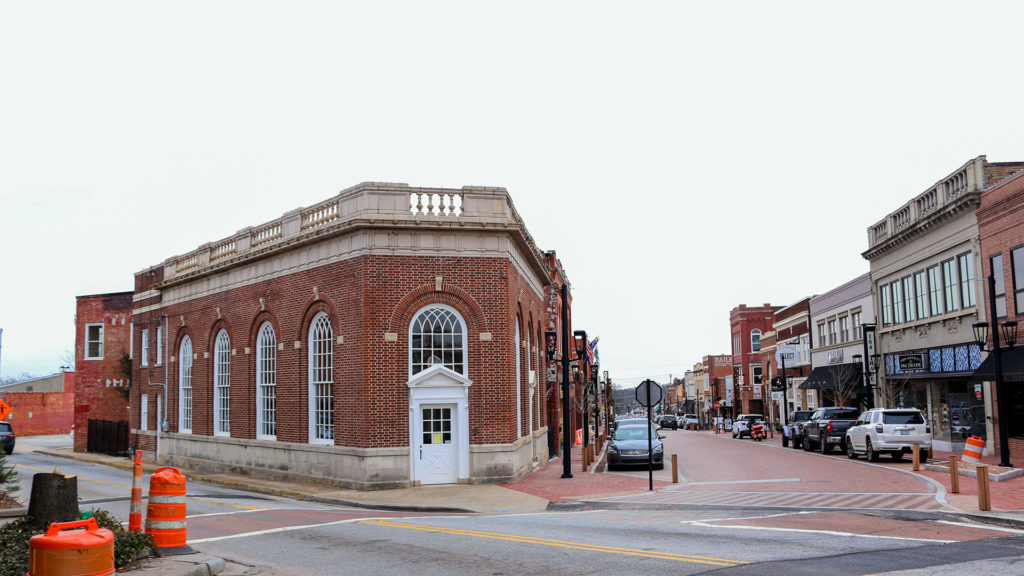 Greer: From Bedroom Community to Boomtown

All across the city, fences are being erected. Orange cones mark the asphalt; stakes in the ground hint at what’s to come.

“You can feel it,” says longtime City Administrator Ed Driggers.

Once known largely as a bedroom community, Greer is growing at a rate of about 6.5% and last year reported $1.3 billion in gross retail sales.

That’s a 5% increase over fiscal year 2018 and a 60% increase in sales since 2014, according to the state Department of Revenue.

Driggers attributes Greer’s recent growth spurt partly to the influx of people moving to the city and the commercial development following them.

“People are not necessarily commuting into us,” Driggers says. “They’re choosing to live here and work here and shop here.”

That migration has meant a boom in housing development for the city. 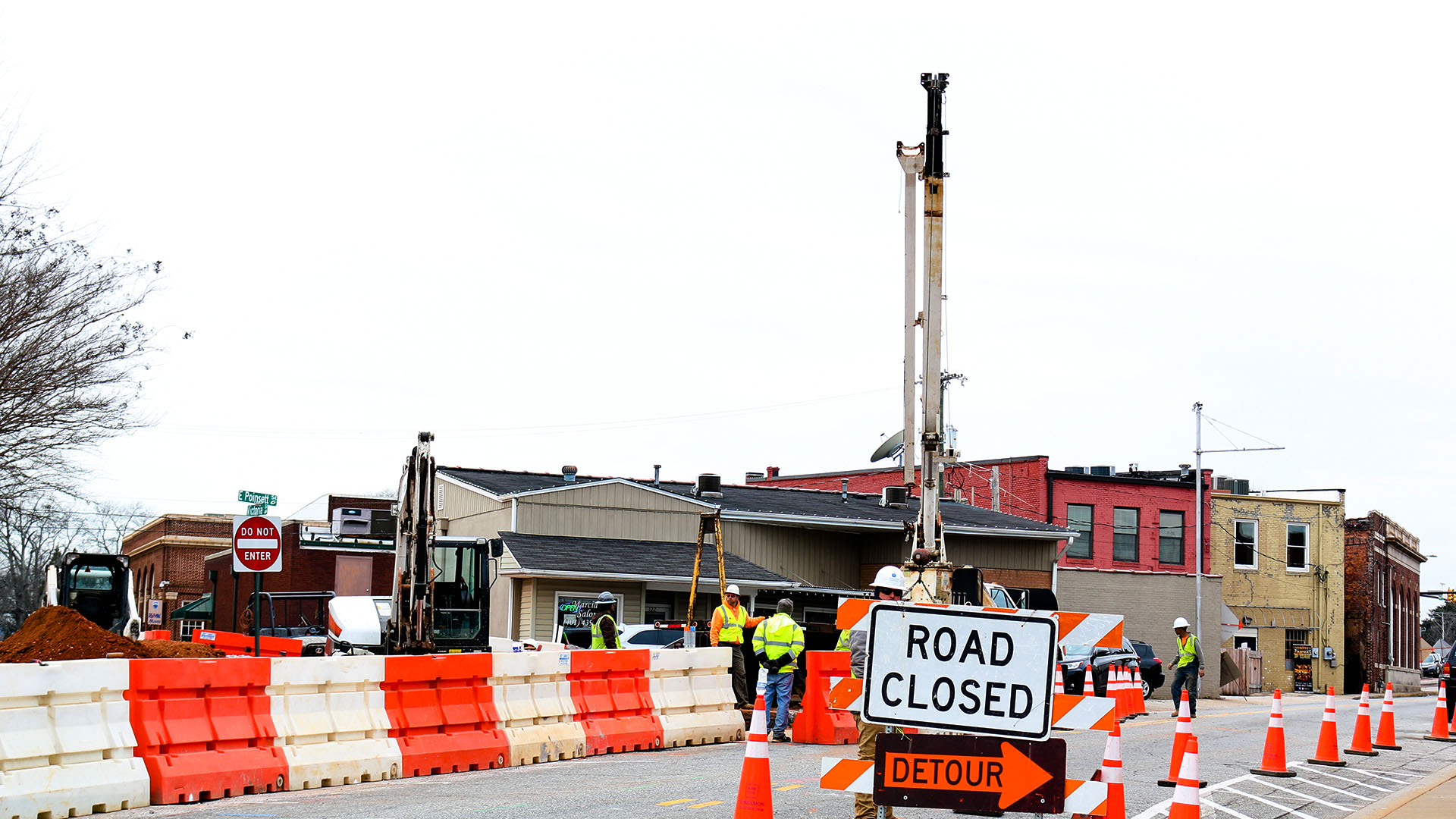 The city has also embarked on a host of revitalization projects, including the $2.5 million renovation of its Kids Planet playground at Century Park and another $2.5 million in LED lighting upgrades on Wade Hampton Boulevard.

“That was an investment that we needed to make [because] so much of our commercial is on Wade Hampton,” Driggers says. 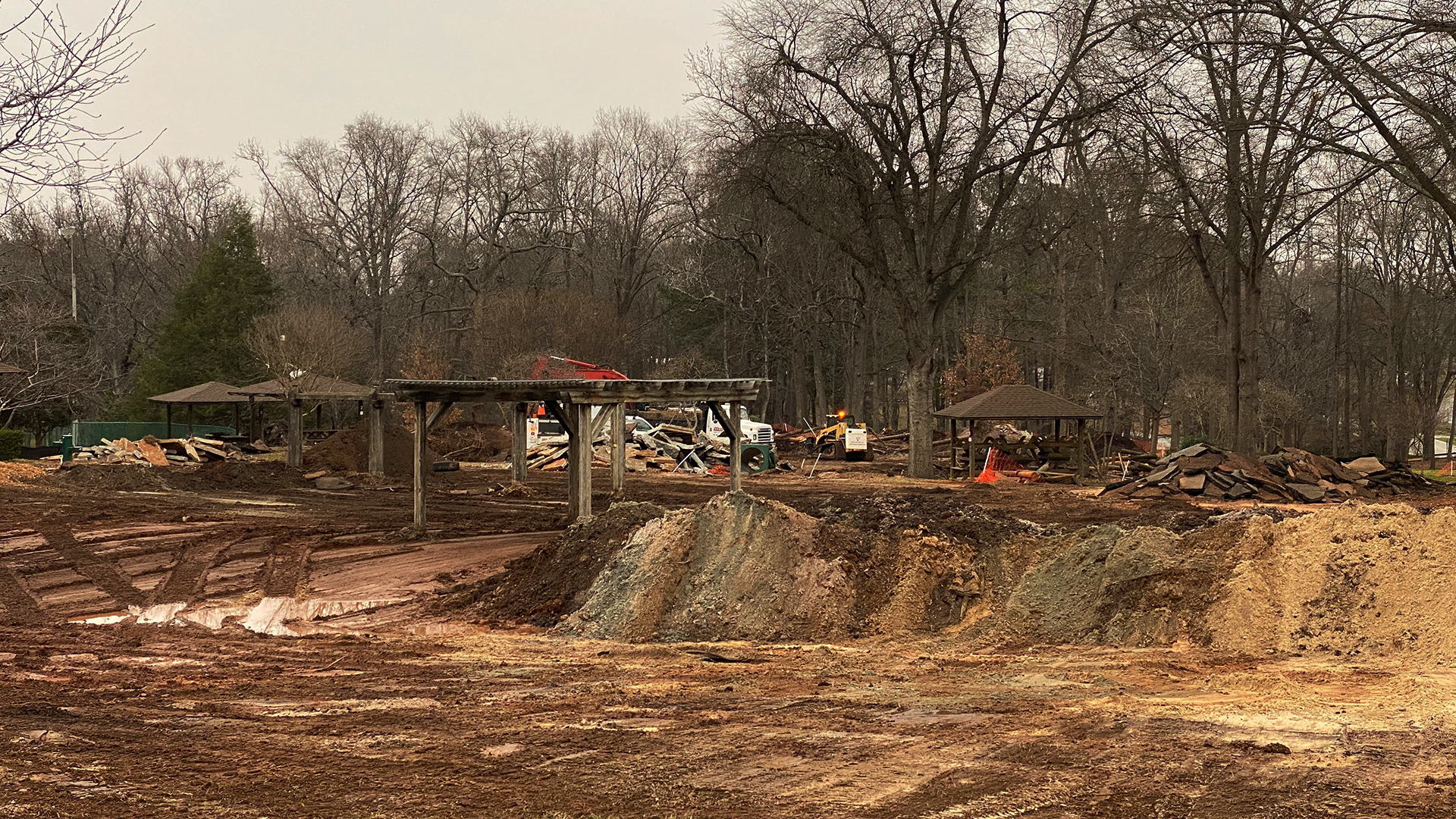 But the city’s signature project is a $14 million investment into its newest park — downtown.

Dubbed CenterG, the streetscape project will “completely transform” Trade Street by removing curbing and gutters so that the street is level with storefronts, Driggers says.

Landscaping and lighting will act as a buffer between pedestrians and traffic, and when festivals are held, “we can close the entire street and turn it into a plaza,” he says.

Construction began last January and is expected to wrap up by June 30.

The city is already seeing the effects of their investment.

In January, Greenville-based Sycamore Investment Group began construction on a four-story Hilton-brand hotel at the corner of Jason and North Main streets, on the site of the former Tire Exchange.

Plans submitted to the city show the Hampton Inn hotel will feature 106 rooms, a pool, fire pit and other amenities. Adjacent to the hotel will be a 300-space parking garage — the first multilevel garage to be built in Greer’s downtown.

Both projects are expected to open in January 2021, according to Driggers. 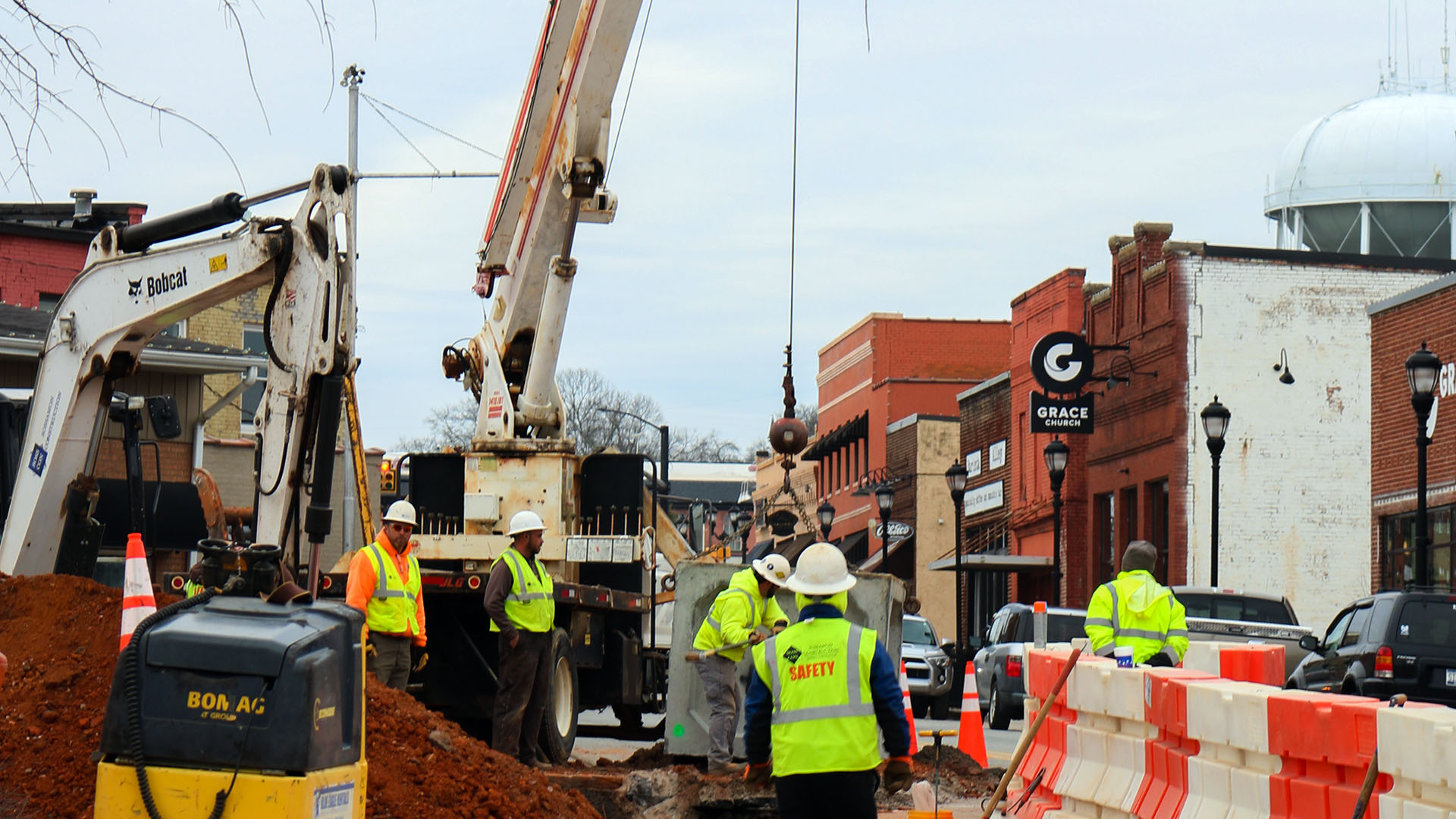 In the span of a year, the city has already doubled its initial investment and could eventually see a tenfold return, Driggers says.

In July, the Greer Board of Architectural Review approved plans to renovate the iconic B.A. Bennett building, the triangular brick building on Trade Street across from Greer Municipal Court.

The applicant, Barry Agnew, a representative for D&D Investments, told board members he plans to add a rooftop terrace to the space, which will be for restaurant use.

A few blocks away, a $1 million renovation and redevelopment of the historic Greer Depot is also in the works. Only one empty storefront remains downtown, and the occupancy rate is now at 97%, Driggers says.

Commercial construction from 2018 to 2019 totaled more than $232 million, according to planning and building development reports. 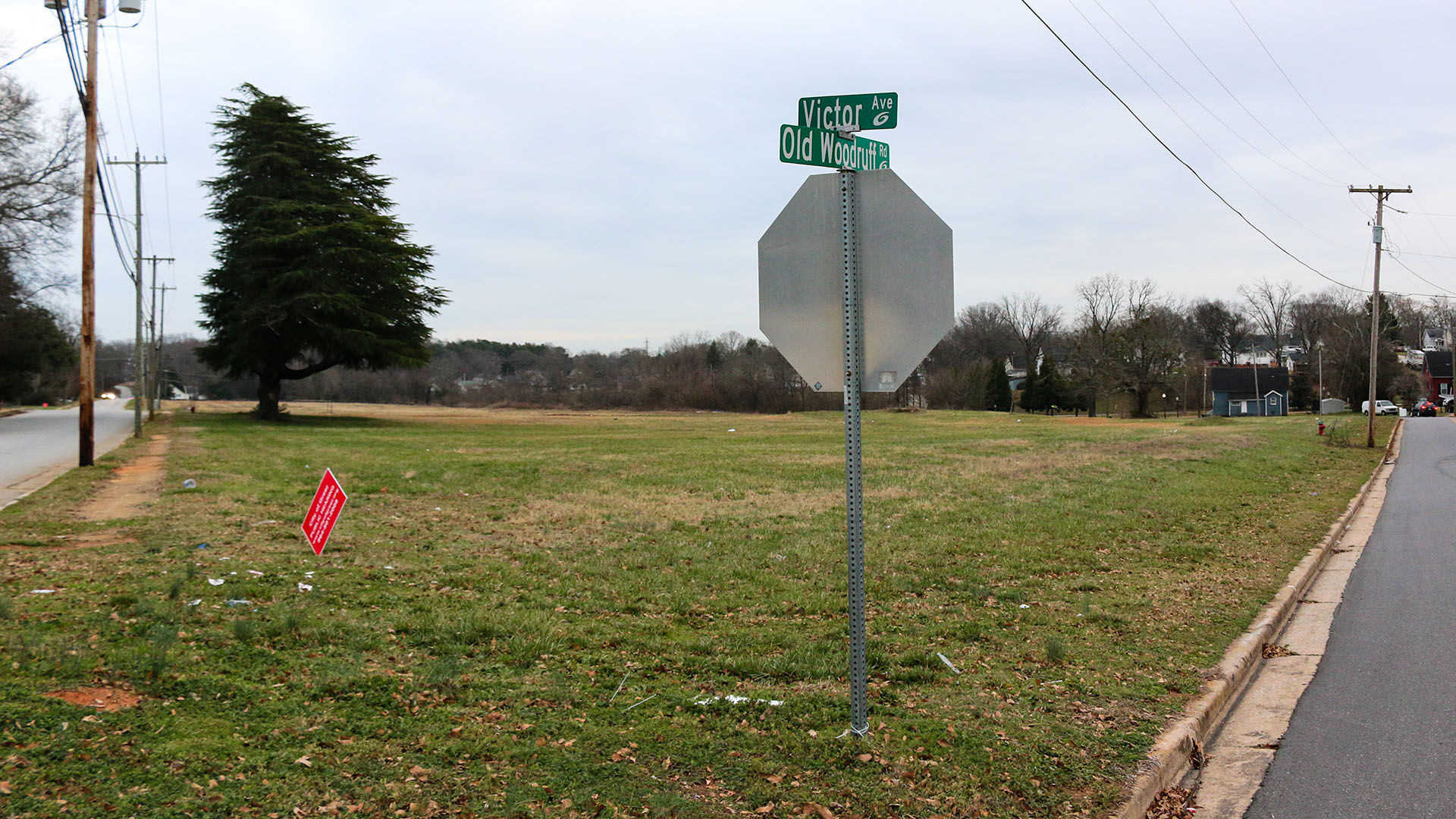 ‘Having that large of a piece [of property] that close to a downtown area is very hard to find, and the commitment that Greer’s made to their downtown just made it that much better,” Hill says.

Plans for the Victor Park development call for a four-story apartment complex with up to 360 units, a pool and two-story fitness center on 24 acres.

Elsewhere in the city, at least eight subdivisions are currently under review. New neighborhoods include D. R. Horton’s Sudduth Farms subdivision, which sits on 81 acres of previously undeveloped farmland along Gibb Shoals Road and South State 14.

When complete, the subdivision will have approximately 175 single-family homes and 225 townhomes as well as 100,000 square feet of commercial space, according to the city.

“We’re not seeing any indicators that the level of development that is occurring will lessen,” Driggers says.