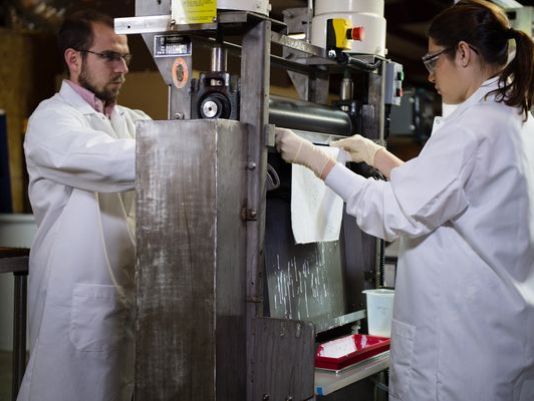 August 17, 2016
Reno Deaton
Around Greer, In the News, Industrial, Manufacturing

The company’s manufacturing center opened in Greer in 2011, expanded to more than 20 employees in 2014 and now hires 36.

Sales of Alexicool chemistry for bedding and apparel fabrics has begun to reach Asian, Middle Eastern and European markets as Alexium fulfills large-scale orders from two U.S. companies that manufacture adhesives and coatings, a market estimated at $42.5 billion globally.

“As the business continues to grow we will need to create new roles and expand in other areas,” said Alexium International CEO Nicholas Clark.

The company invested in inventories and expanded manufacturing and production capacity in the first half of 2016 as new business referred overseas by distribution partner iTextiles represented annual revenue of more than $1.7 million, with more to come, according to Alexium President Dirk Van Hyning.

The company doubled its administrative space at Milestone Way off Pelham Road two years ago.