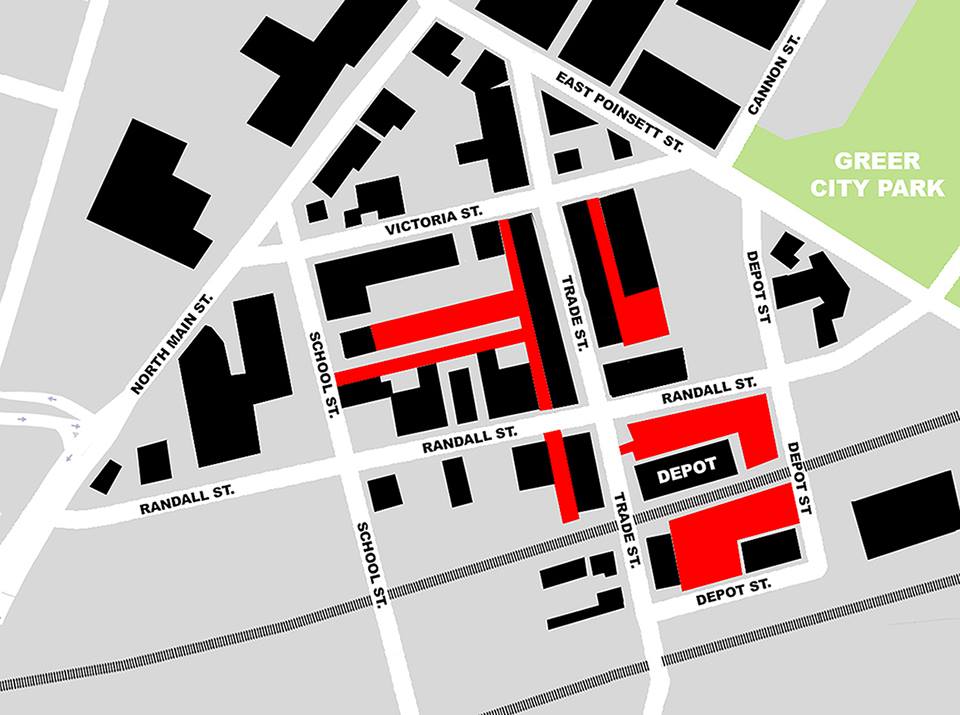 Downtown Alley and Parking Lot Work to Commence in May

The next step in a major renovation to the City of Greer’s central business district will begin May 21.

The downtown work began last May when Greer CPW began replacing aging utility lines, some of which were more than 80 years old.

To prepare for the Greer Station Streetscape Project that will begin in late summer, the City of Greer will be upgrading parking and alleys to improve access for customers throughout Greer Station.

On May 21, construction crews from Earth Materials Grading of Anderson will mobilize and begin a scheduled five-week blitz, weather permitting, to complete the work that will include:

• Paving and improving access to alleyways behind Trade Street businesses, and
between Dance Visions and First Presbyterian Church’s Kirk Hall.

• Repaving, striping and lighting the parking lot behind Kirk Hall.

• Creating a new paved parking lot with striping and lighting behind the Depot.

“These areas will be closed to traffic during construction. Asphalt and curb will be removed, the sites excavated, curb, gutters, sidewalks, pedestrian ramps and storm drains installed prior to asphalt milling and surfacing. Striping and installing lights will be the final step,” project manager Phil Rhoads said. “It’s an ambitious construction schedule that adheres to the City of Greer’s commitment to minimize impact to downtown businesses in every way possible.”

To help spread the word that Greer Station will remain open for business throughout the paving and streetscape projects, the City has launched a website, www.futuregreer.com, with news, maps, construction updates and images to make navigating Greer Station easier.