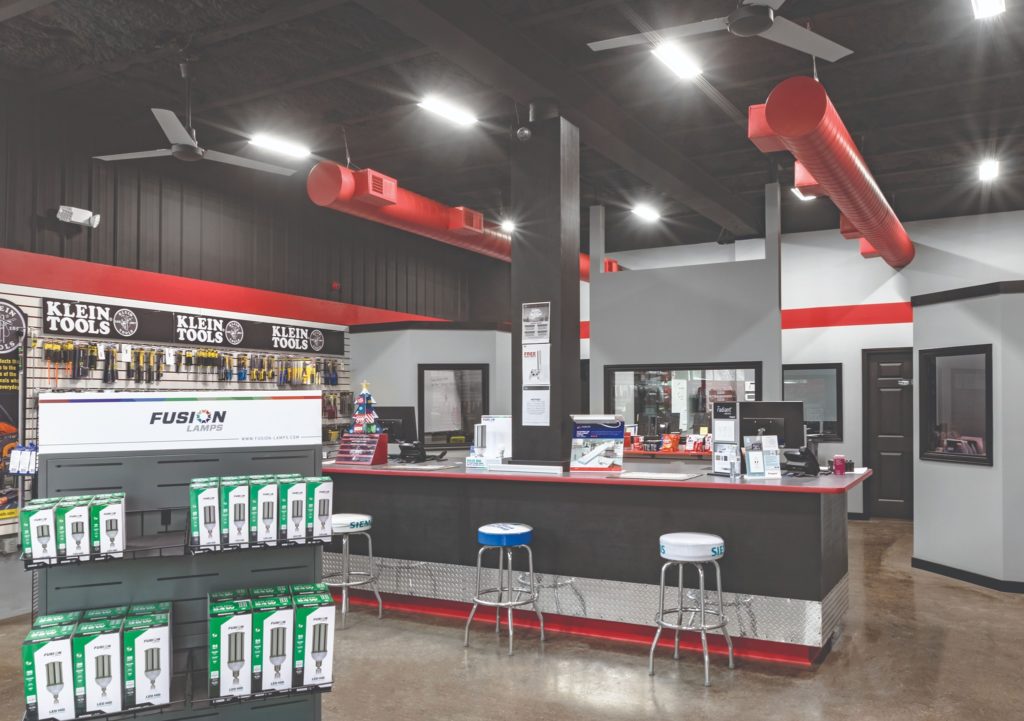 Located in the foothills of Upstate South Carolina, the city of Greer is an excellent location full of beautiful scenery for a new branch.

The town is home to not only 30,000 people, but also to the BMW plant that employs over 9,000 individuals, the GSP Airport that more than two and a half million people fly through each year, and the South Carolina Inland Port.

“When the job position was announced and my District Manager Don Corbett started looking for someone to run the Greer branch, it was a no brainer I wanted to go after this opportunity,” said Powell. He accepted the position in March.

“I took it because I knew it was an opportunity to grow in my career as well as with CES.”

As soon as Powell started as branch manager, the entire team started looking for a place to open the branch.

“We worked with Greer Development Corporation and found a building that was built in the late 70’s – early 80’s and knew it was the one. We demoed the entire interior part of the building on our own and started as soon as we could,” stated Powell.

Since the team transferred from other branches in their district, they were fortunate to have everyone participate in the build-out in some way.

“The building was an old HVAC supply house and had seen better days. We gutted the entire place and were able to design a space that would suit our needs.”

The team at the Greer location has a combined experience of over 50 years. Powell believes this is going to help make their branch successful along with the fact that the branch has a broad variety of stock on hand.

“Each of my team members comes from a family of electricians. I worked as an electrician’s helper for nearly 12 years. Our operations manager, Randy Harris, came from CES Jacksonville and his father was an electrician, Counter Sales Representative Brannon Johnson has been with the company for eight months and his father was an electrical contractor, and our driver, Trevor Harrison, has a brother who has worked with CES for over a year and his family has over 30 years of electrical experience,” said Powell. “With the experience everyone has, we are going to succeed beyond what anyone can imagine.”

Along with the experience the team has, the branch has the largest showroom in the district and when customers walk in, they can see the premier brands that are featured.

“We have stocked our warehouse with a broad variety of merchandise for residential, commercial, and industrial customers,” said Powell.

Since Powell has been with CES for so long, he could not help but speak about the gratitude he has for the company.

“They have provided me with a tremendous amount of opportunities, and I would not want to be anywhere but here.”

For Powell, earning the chance to manage his own branch is something he has been waiting for, and he cannot wait to build strong relationships with customers, vendors, and manufacturers.

“Through a vast branch network and decentralized purchasing, we are encouraged to support our customers in a way that allows them to be more profitable. It makes me excited to help,” said Powell. “Our vendors and manufacturers have been very supportive and are as excited as we are for the new location.”

Powell cannot wait to see how successful the branch is, and he knows that with the guys on his team, it is going to be.

“I have the best team and products, and with everyone’s go-getter attitude, I know we are going to be the best there is.”