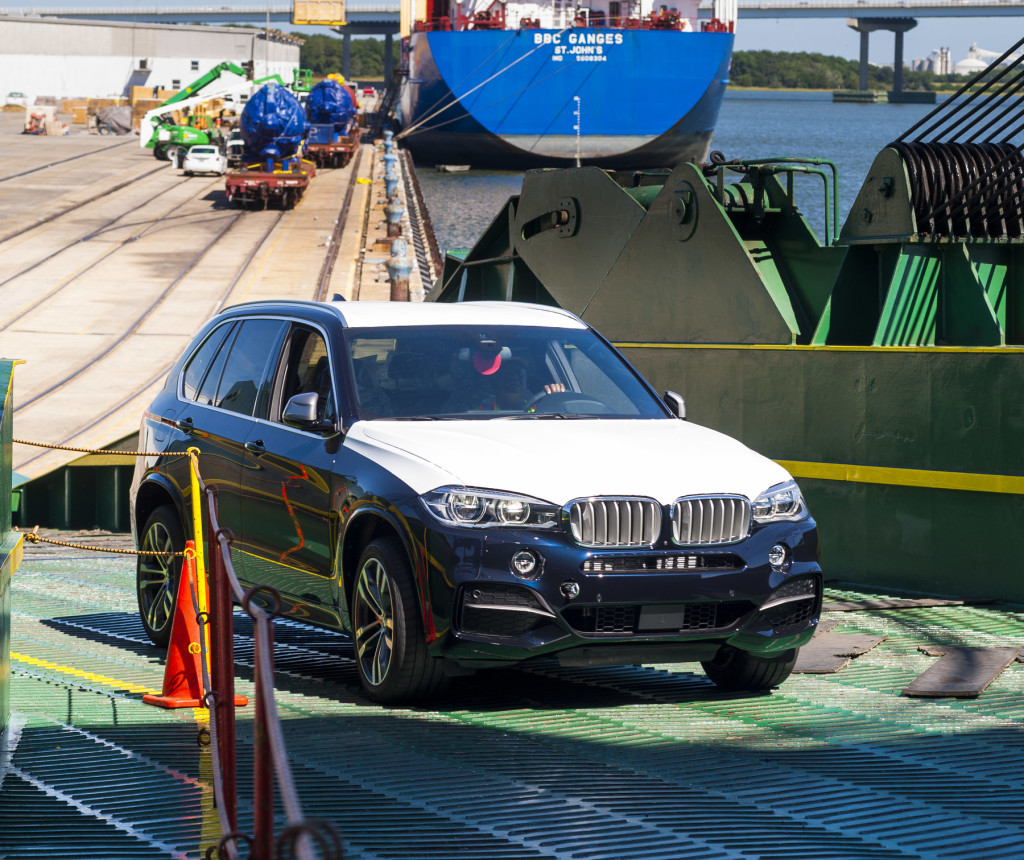 The South Carolina Ports Authority exported the 2,000,000th BMW manufactured in South Carolina Thursday amid celebration of the port’s longstanding partnership with the nation’s top vehicle exporter by value.

The Space Grey Metallic BMW X5 M50d was loaded in Charleston for export onto the Elektra vessel operated by Wallenius Wilhelmsen Logistics for delivery to a customer in Germany.

“Together with such partners as SCPA, BMW has become part of the fabric of this great state and is a wonderful illustration of what can be achieved when federal, state and local government work hand-in-hand with business,” said Manfred Erlacher, president and CEO of BMW Manufacturing, which produces about 1,400 vehicles daily after opening on the Spartanburg County side of Greer in 1994.

The plant is the exclusively exporter of X-model vehicles (X3, X4, X5 and X6) to more than 140 global markets. Total value reached $9.8 billion in 2015, more than any other automaker in the nation.

“SC Ports Authority has a strong history with BMW Manufacturing, and their operations are a tremendous asset to our port and region,” said Jim Newsome, SCPA president and CEO. “Today we commend a talented, committed workforce at BMW on this achievement and celebrate their continued trust in us to deliver South Carolina-made BMWs to the world.”

The Inland Port opened in 2013 to extend the Port of Charleston’s reach 212 miles into the Upstate, providing shippers with access to more than 95 million consumers within a one-day drive. Norfolk Southern serves the facility through its main rail line along the Interstate 85 corridor between Charlotte, North Carolina, and Atlanta.