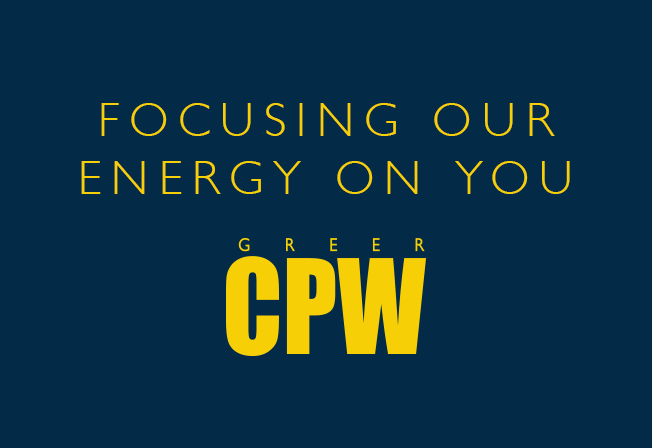 The project application titled “Bent Creek Sewer Extension” was a lengthy application process by CPW that started in January of this year with the South Carolina Department of Commerce and Appalachian Regional Commission (ARC), which is geared towards improving communities and promoting economic development.

We are pleased to have been awarded this grant money to improve Greer and expand on our coverage area. The new 70-acre Global Commerce Park near I-85 will serve as another gateway to bring more businesses to Greer. We are happy to help with the future economic growth expected from this expansion.

The $500,000 grant will be combined with CPW impact fee reserves to fund construction of 6,600 feet of underground gravity sewer piping. The new line will tie into existing piping near Highway 14 just south of I-85 and extend west to Brockman McClimon Road, near the planned location for Global Commerce Park in Spartanburg County. Construction on the sewer extension is expected to begin in June 2018.

The Greer Commission of Public Works’ efforts to expand sewer infrastructure is vital to the growth of Greer. By effectively leveraging grant dollars made possible by the South Carolina Department of Commerce and the Appalachian Regional Commission, Greer CPW makes it possible to attract world class companies that will create new, high paying jobs in Greer.

A timeline for construction on Global Commerce Park has not been announced, but plans call for industrial distribution and light manufacturing on the property with 850,000 square feet of multiple tenant buildings.

About CPW: Greer Commission of Public Works has provided award-winning electric, natural gas, water, and wastewater treatment series to the City of Greer and the surrounding area for over 100 years, amassing over 70,000 customer connections. For more information, visit www.greercpw.com